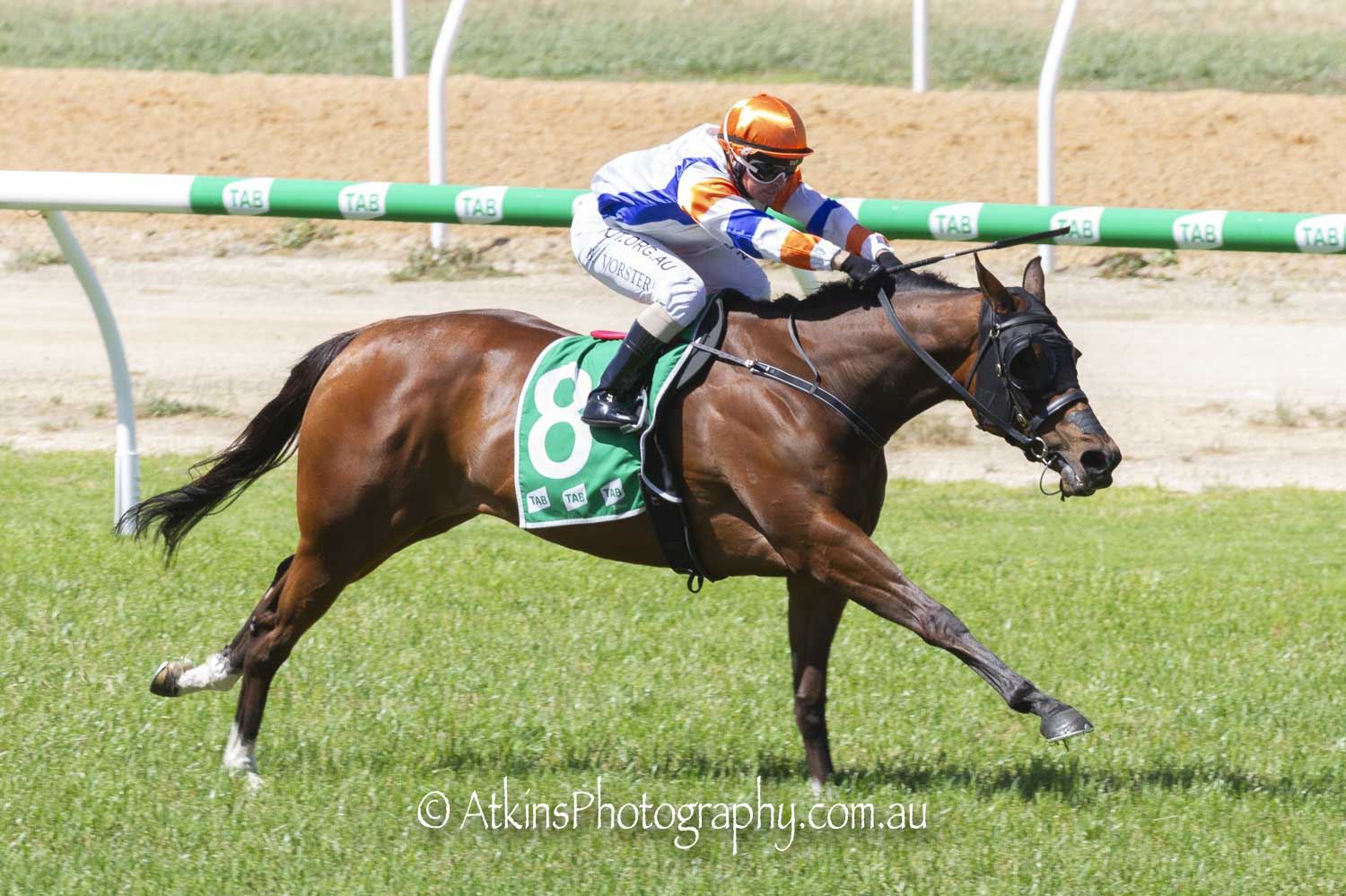 The McEvoys took only two runners to the Gifford Hill circuit and came away with two wins following the earlier success of Tignanello.

The victory also brought up a double for stable jockey Barend Vorster.

Pay The Man came from near last to easily win the DAB Plate (2000m) and it was a great result for Wayne Mitchell, principal partner at McEvoy Mitchell Racing.

Mitchell bred the five-year-old mare and kept her to race himself.

Backed from $2 into $1.70 favourite, Pay The Man was well back early on a fast speed but sprinted brilliantly to run away and score by five lengths from Ngaire ($101) with Varacalli Lad ($14) a nose away third.

Vorster was alert to the fact the field of nine was well spread out in the run to the home turn and sent the mare forward to be challenging for the lead on straightening. Once heads turned for home Pay The Man accelerated away to win comfortably.

Trainer Tony McEvoy was impressed by his partner’s breeding success.

“Wayne sent the mare to Dundeel and got a really nice mare,” McEvoy said.

“She’s taken a little time to develop but that was very pleasing today.

“We got too far back, and she was still able to sustain that run and win very well.

“She has had a few issues with soundness, suspensory, pain – she didn’t strain a suspensory but would have if we kept going early on.

“The further we go, the better she will get.”

“She was very good up the home straight,” Vorster said.

“It was nice to have that solid pace up front, but at the same time you can’t fall asleep because you need to keep in mind, with a few claims, those in front can keep going.

“At the top of the straight a few came back in my lap, so I had to switched out quite quickly.

“When I pulled out, she accelerated very quickly, got outside the other favourite, kept working on her and she ran a good race.”

Vorster said the Murray Bridge track was a “fair deck.”

“It is a credit to the guys out here.

“As I said, the pace was good, over 2000 metres you can be patient, and when you are on the right horses, you can afford to do it even more.

“She gave me confidence a long way out, and I’m so happy for Wayne, she now has been rewarded for her consistency.”

Pay The Man now has two wins and three placings from just 10 starts.