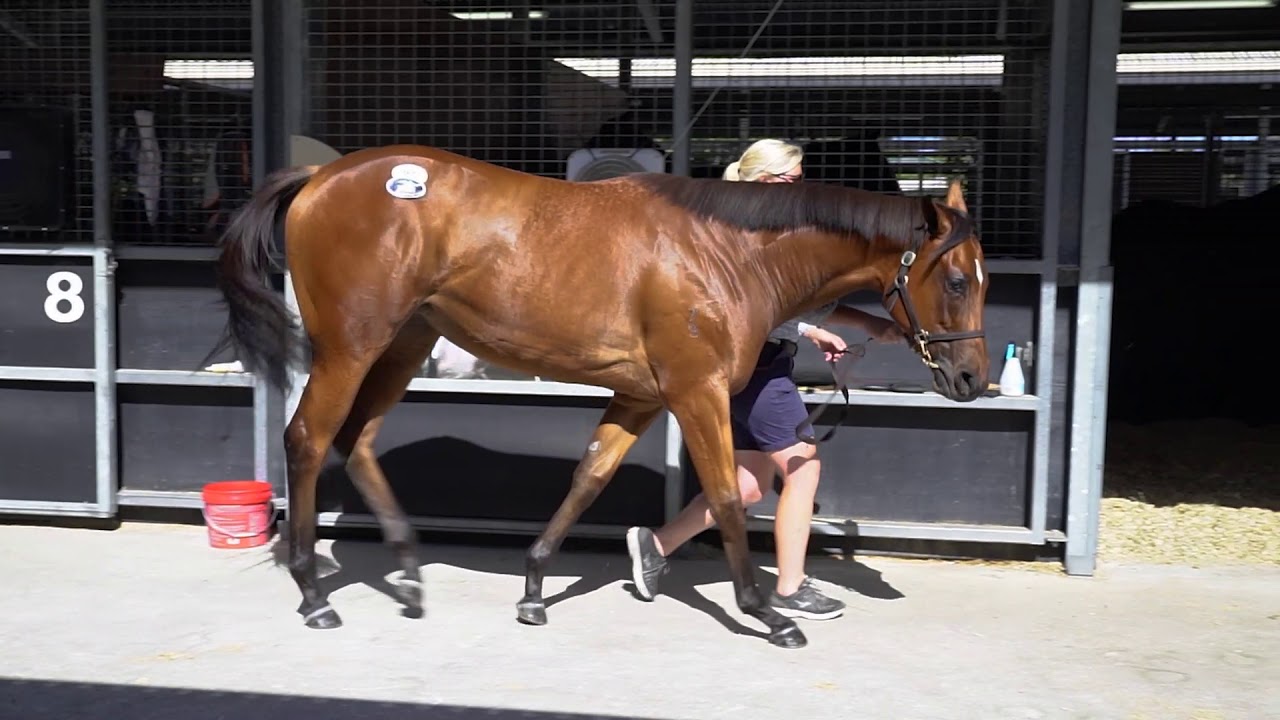 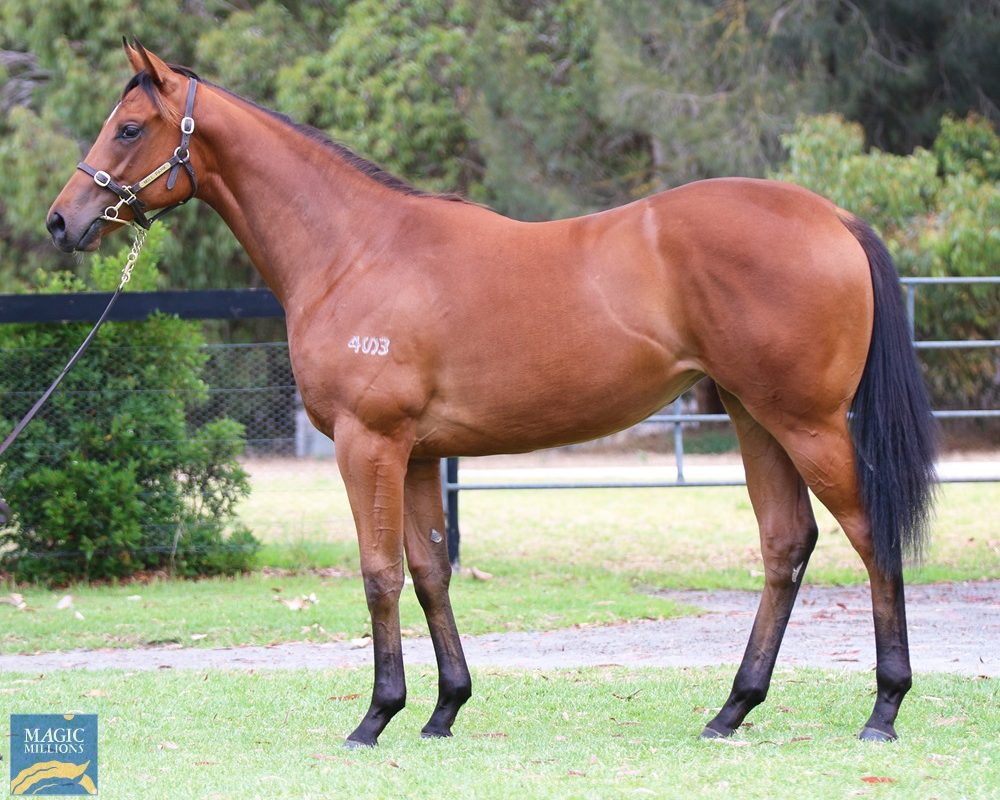 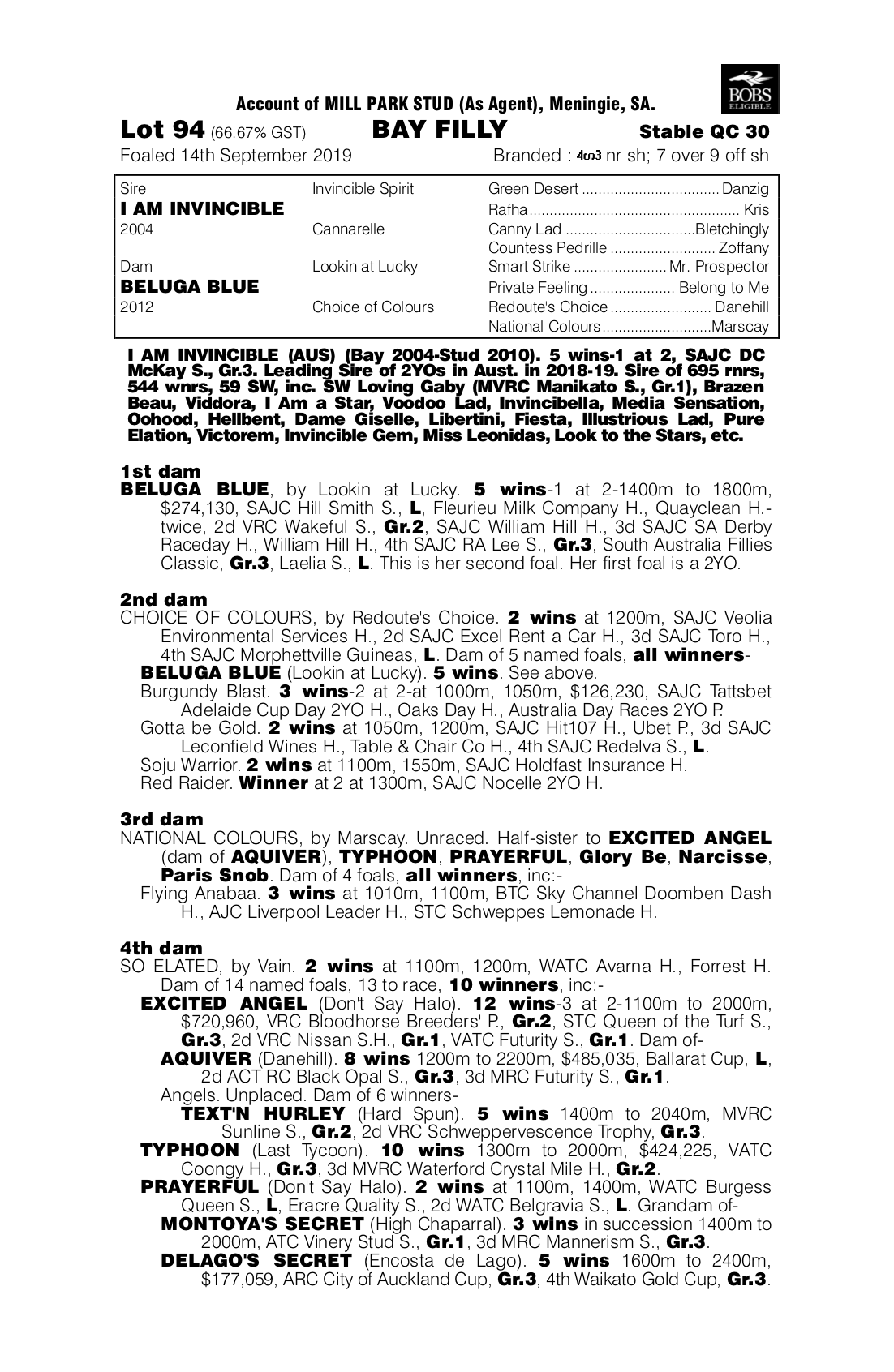 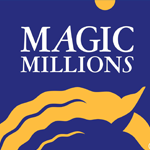 I Am Invincible is the most popular sire in Australia and for good reason. He has elite stats with fillies; 10.2% stakes performers to runners for fillies, with an impressive six individual Group One winning fillies!

She is just the second foal out of a high quality race mare Beluga Blue (Looking At Lucky). She won the Listed Hill Smith Stakes in SA and placed second in the time honoured Group Two Wakeful Stakes on Derby Day at Flemington.

She is out of a city-winning Redoute’s Choice mare, who is out of a Marscay mare, in turn out of a Vain mare. So her pedigree is all speed.

“She is a filly full of class. She has a huge amount of athleticism and I thought she was the best filly in the sale. I purchased her from probably the best breeder in Australia, Mill Park. A South Australia-based stud who produces more Group One winners per yearlings sold than any other farm in Australia.” – Tony McEvoy