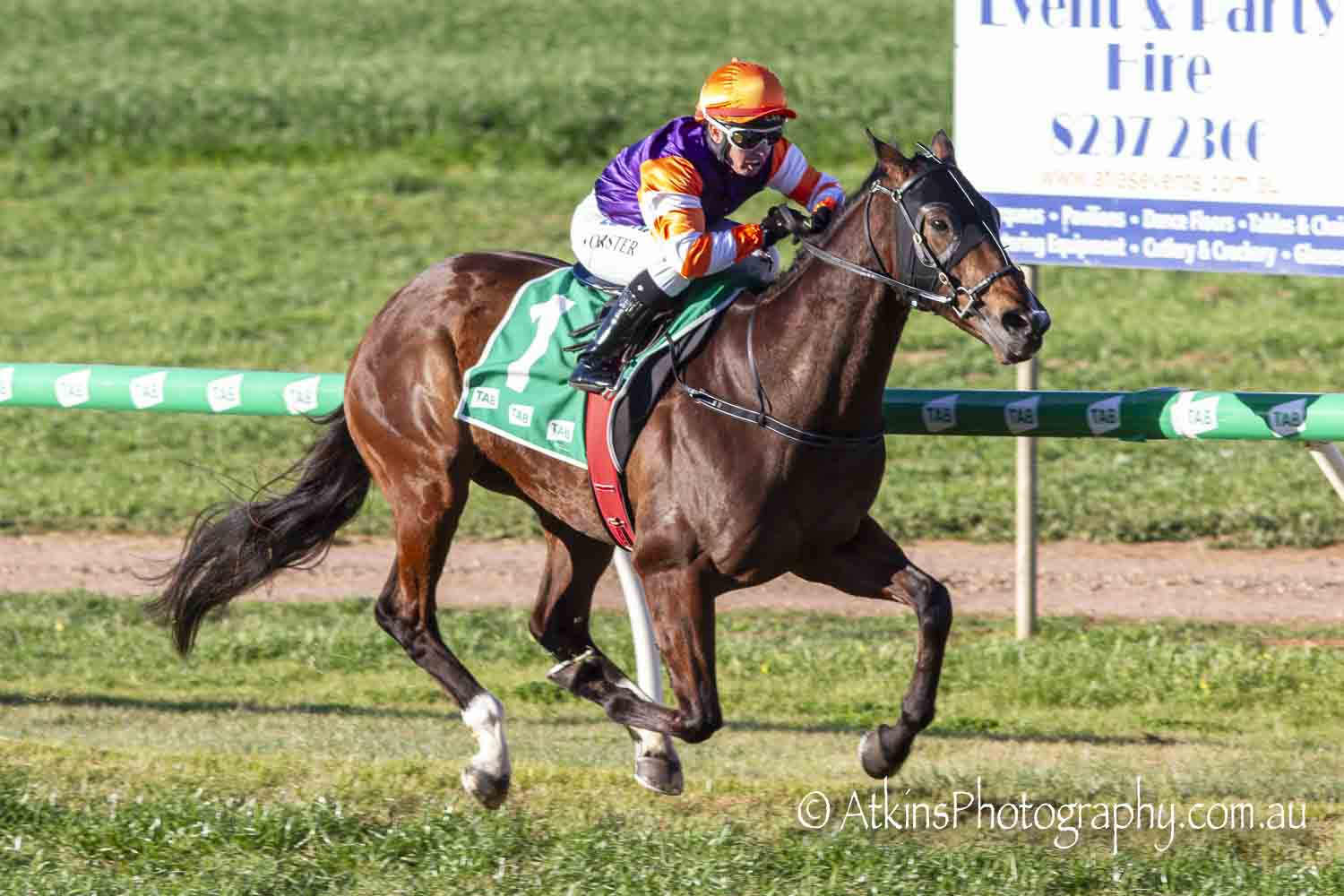 After a run of three seconds, Nistaan broke back into the winning list with an emphatic victory at Balaklava on Wednesday, August14.

The result gave trainer Tony McEvoy a perfect day as his only other runner Quaffany was successful at Sandown in Melbourne.

Barend Vorster had the five-year-old away quickly from his draw of seven and was happy to sit outside the leader in the early stages where he was able to dictate the tempo.

Riding Nistaan as if he was the best horse, Vorster let him go for home on straightening and Nistaan raced away to win easily.

McEvoy’s South Australian stable foreman John Cornell said the win was a guide to the gelding’s ability and helped by a training trick used by the late Colin Hayes.

“At his last run at Murray Bridge he just wanted to lay in a little and it took away his finish,” Cornell said.

“Today, Tony went the one-eyed blinker used successfully by ‘CS’ and it worked.

“Even though he got beaten at Murray Bridge it was a good effort – he carried 60kg and was first up.

“That run brought him on and we were super confident today.

“Actually, as a young horse he ran second to his stablemate Despatch in the Clockwise Classic at Ballarat and went into the race as our number one choice.

“We took him to Brisbane to run in the Magic Millions, but he got travel sick, so he has had a few setbacks.

“It was really pleasing to see him win like this today because we know what ability he possesses.”

“I was on the best horse in the race and he began well,” Vorster said.

“There wasn’t a lot of early speed in the race, so I opted to go outside the leader.

“He’s a big, long striding horse and was really keen going into the first quarter so I just let him stay happy.

“He switched off and came back to me.

“At the 200 metres I asked him a question and he was there for me.

“There is no doubt the one-eyed blinker helped him, and I believe he can go on now he’s won again.”