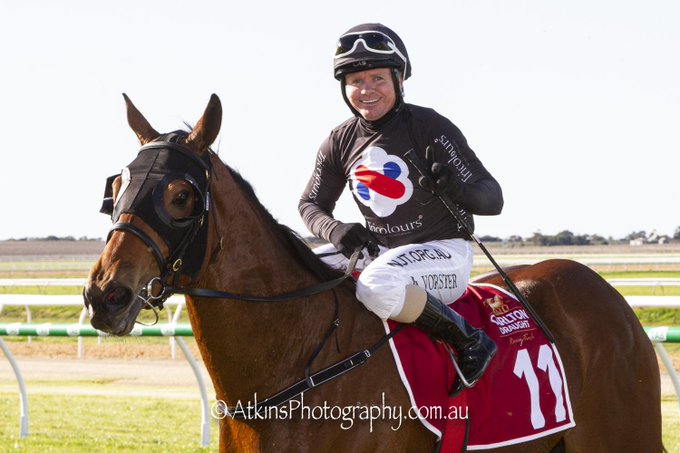 First starter Mr Wolf huffed and puffed before blowing his rivals away to win the Carlton Draught Maiden (1400m) at Murray Bridge on Monday, June 8.

The Tony & Calvin McEvoy trained two-year-old really gathered momentum over the final 100 metres to win racing away by 2-1/2 lengths.

Vorster had the gelding settling just behind the pace early before bringing him off the rails turning for home to chase out after the leaders.

Mr Wolf took a while to accelerate but when he did, the two-year-old raced away to win impressively against older rivals.

Trainer Calvin McEvoy said he believed the gelding had a bright future.

“He has always given the indication he would want ground and I’m sure he will be even better with maturity and up to 1600 metres.

“Credit to James Moss and the Tricolours Racing & Syndications and the rest of the owners who have been patient with him.

“Even today Mr Wolf was still a bit new, but I really liked the way he lengthened when Barend pulled the whip through.

“He found another gear and raced away to win easily.

“He’s definitely got a bright future.

“We’ll see how he comes through today’s run but will keep him going and find another suitable race.”