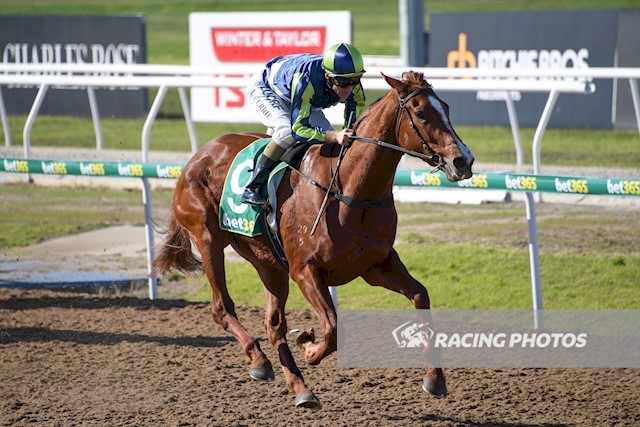 Jockey Luke Currie also brought up a double as he rode Aristocratic Miss ($1.28 fav) to an easy four length win from Blazen Diamond ($12) with Dupo ($51), two lengths away third.

McEvoy and Currie combined in the previous race to win with the promising Roobeena.

The filly was in a different league to rivals dashing clear then being allowed to cruise over the final 50 metres in a dominant victory.

“That was an easy watch,” McEvoy said. “She has furnished into an imposing filly and should continue to improve as she gets better into a preparation. It was certainly an impressive start to this campaign.”

The trainer hopes Aristocratic Miss can measure up to the Thousand Guineas or the Edward Manifold Stakes later in this preparation but admitted he was not sure of her immediate program.

“It is a bit awkward at the moment with programming, but I’ll sit down in the next few days to pick a suitable race for her.

“She got a little bit keen in the middle of the race but at the end did it pretty easy,” Currie said.

“It was good to get her confidence up early in her preparation.”

During her two-year-old season Aristocratic Miss had run well against the best of her age and chalked up six minor placings from eight starts with placings in Group and Listed events.

The filly was purchased for just $65,000 by McEvoy Mitchell Racing at the 2017 Inglis Premier Yearling Sale and has already picked up $136,640