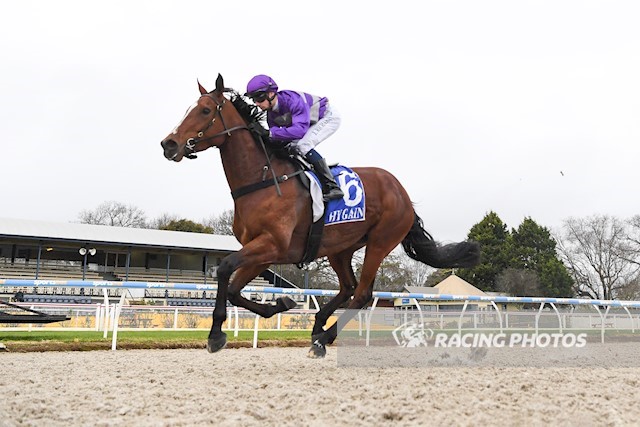 Four-year-old mare Meehni resumed on the Ballarat Synthetic with a last to first win on Tuesday, July 13.

Richards, who claimed 2kg, allowed Meehni to find her rhythm early, settling in the last pair in the field of 10.

Past the 700-metre mark, he allowed the mare to slide forward to be second turning for home.

In the home straight, Meehni accelerated and gathered in the leader to win comfortably.

“She has come back in really good order this preparation,” McEvoy said.

“She has been working really sharp which has surprised us a bit because she got out to 2100 metres last preparation.

“Meehni had a couple of jump outs here on the poly, and it worked out this was a beautiful race with the claim.

“I thought she might have a bit more toe than that, but she got back.

“Josh rode her beautiful and patiently, and made a long run coming around them so she will sleep well tonight.

“She’s a big athletic mare and we are just unlocking the key to her now.”

“They presented her really well today and they said her work had been great,” Richards said.

“She obviously will get over further ground but resuming here today she was nice and fresh.

“She was nice and fresh and handled it quite easily.

“They weren’t too sharp for her, she settled lovely and worked into it really nicely.

“The McEvoys have been giving me great support and it was nice to get a win for them.”