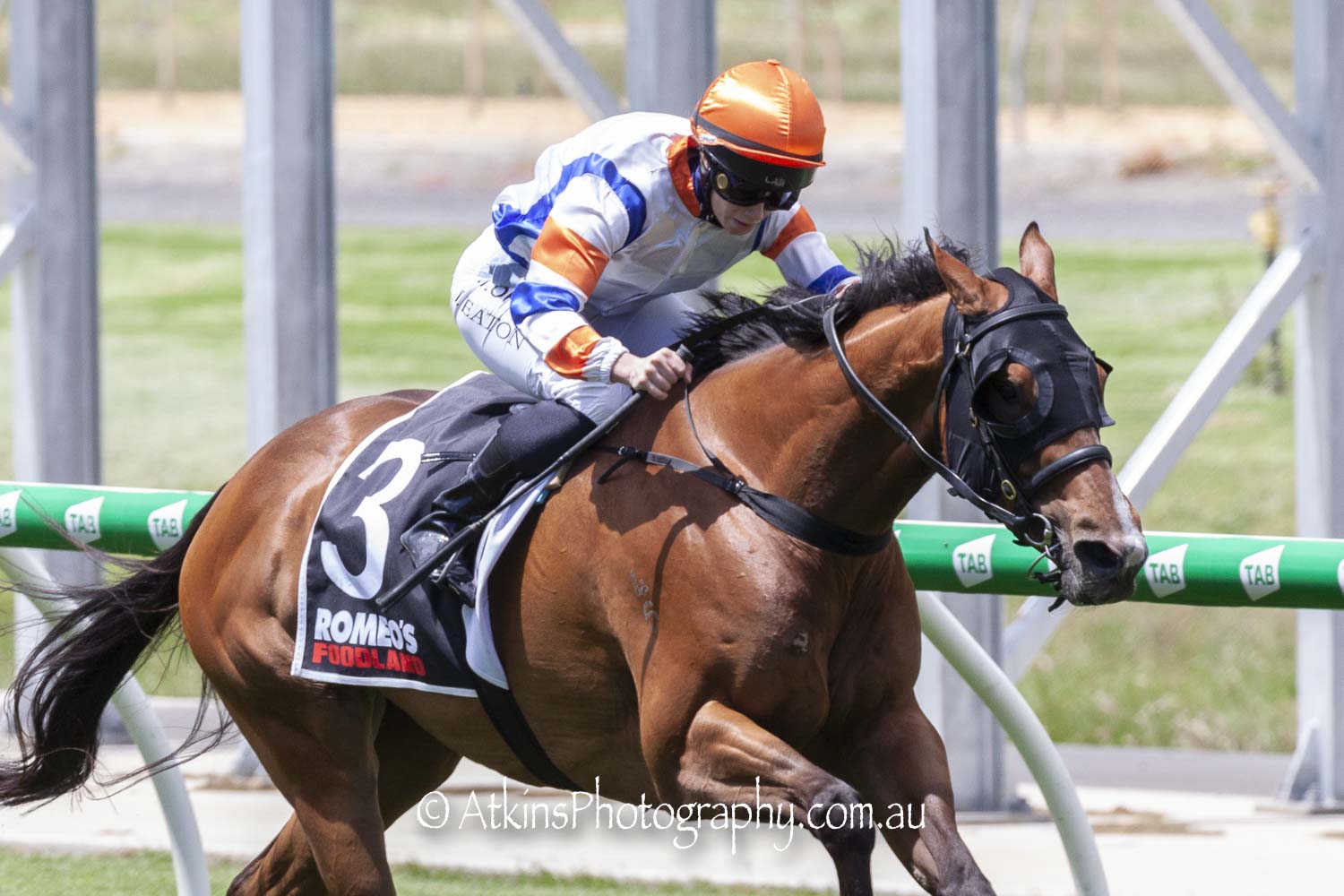 Talented mare You Hadme At Hello finally returned to the winner’s list at Morphettville Parks on Saturday, October 24.

When the mare thrashed her rivals at Gawler on April 25 last year, connections would not have thought they would have to wait about 18 months for her next victory.

But such are the vagaries of thoroughbred racing that occasionally things don’t go to plan and today’s win was only her ninth start.

This preparation, You Hadme At Hello looks like she is ready to build on her record.

In winning the Dominant Handicap (1400m), the mare gave trainers Tony & Calvin McEvoy an early Morphettville Parks double as they had also won the opening event with Renegade.

While the winning margin was comfortable, it doesn’t show the merit of the win.

After jumping well, Eaton took the four-year-old mare to the front and while she did race a little keen, was in a good rhythm.

Approaching the home turn another runner came alongside to race You Hadme At Hello and they strode clear.

When Eaton asked the mare to extend in the home straight she did and while the runner-up loomed up, he was being comfortably held on the line.

“The mare had to do quite a bit early on,” McCarthy said.

“There was a b it of pressure there, and she got a bit keen.

“Getting into the straight she really had to be strong to the line, and she toughed it out really well.

“She was very good.

“You Hadme At Hello ran really well first up and was probably a bit too far behind and she had a lot of ground to make up late, but she was very strong to the line that day.

“The plan was to see how she jumped out and play it from there.

“Jess has been riding super at the moment and she makes great calls.

“She takes races by the scruff of the neck and it was the winning move today.”

You Hadme At Hello now has two wins and three placings from her nine starts.