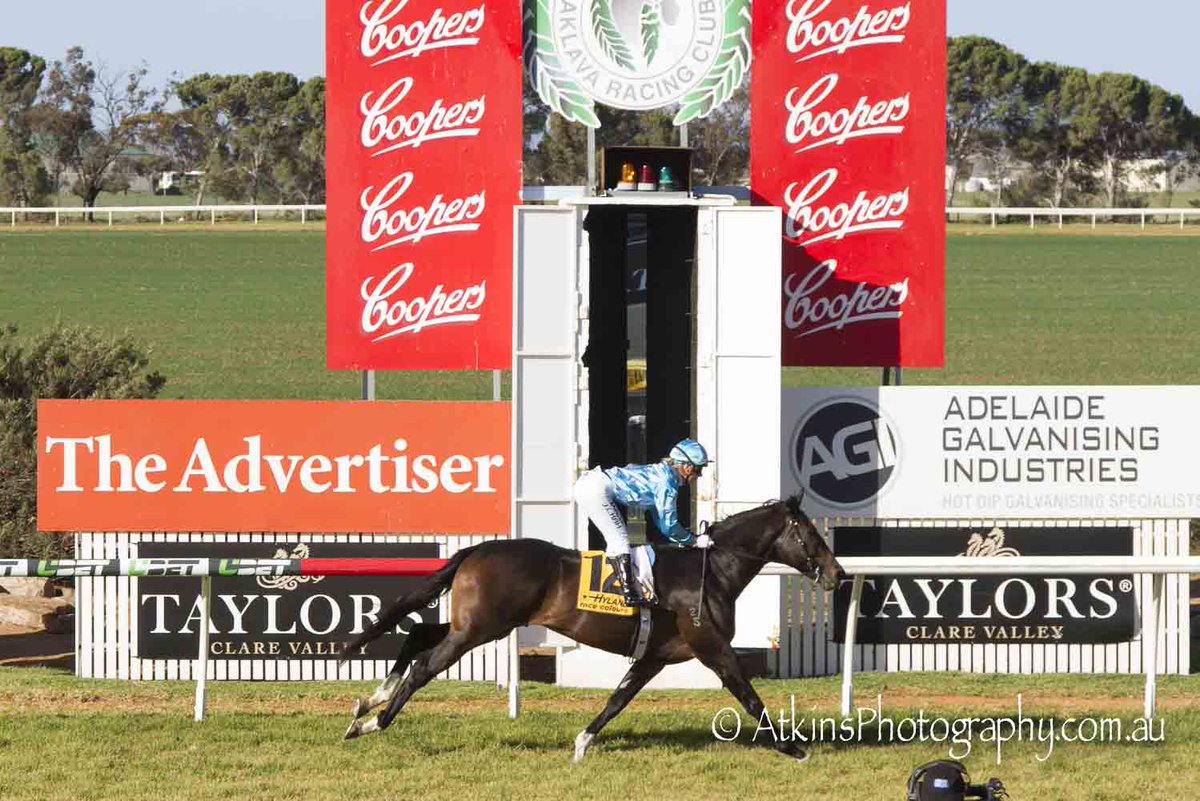 Although McEvoy’s sensational run of 13 straight winners at Balaklava ended earlier in the day, East Indiaman produced a performance which suggests he is a galloper of quality as are the other two winners on the day of Belzella and Domination.

Trainer Tony McEvoy explained he had brought the two-year-old colt home from Melbourne because he was struggling to obtain a start.

“When you run well in Victoria but don’t run a place it can be difficult to obtain a start,” McEvoy said.

“So, the owners and I decided to bring him back to South Australia and try to find a ‘soft win’ and that happened today. He would have taken a lot of confidence from the victory.

“I might give him another run here in Adelaide to lift his rating then head back to Melbourne.”

Jockey Jamie Kah had the colt away well but with others keen to find the lead she let him settle fourth, one wide with a perfect run.

She allowed East Indiaman to stride up three wide around the home turn then settled down to ride him hands and heels and the colt raced away to win easily.

Kah was impressed by the winner.

“He has such a big, open stride and I’m sure he will go on from that win.”