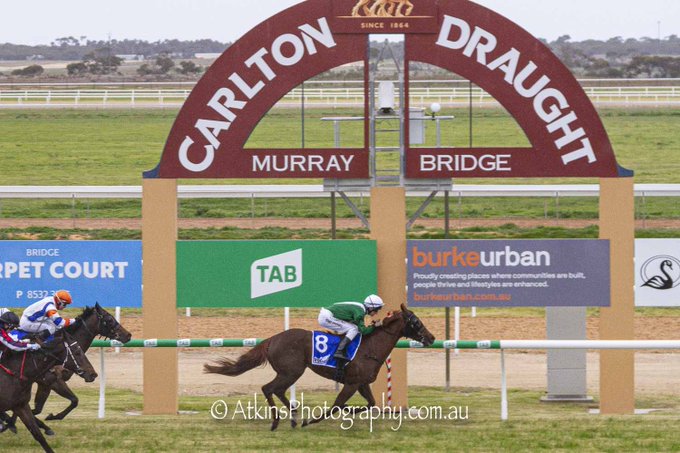 Talented filly Mayameen made it two wins in a row with an impressive performance at Murray Bridge on Saturday, June 13.

The filly, with Todd Pannell in the saddle and a $17 chance, began well from gave seven to sit second early before going clear in the home straight and repelling her rivals to win by 1-1/2 lengths.

Mayameen resumed from a short break winning over 1350 metres at Strathalbyn on May 27 before being prepared for today’s race where she showed definite improvement to win in a tougher field.

Trainer Calvin McEvoy was delighted with the filly’s effort.

“The Krone has shown a little bit more at home in raw ability but the one thing about the filly is she is very honest,” McEvoy said.

“She’s trained on nicely since Strathalbyn and Todd rated her beautifully.

“She got quite a nice lead in the straight and was too strong.

“Physically Mayameen looks incredible – if all our fillies looked like her, we’d be happy.

“It was great for the owners Emirates Stud to have her as a metropolitan winner, it is fantastic.”