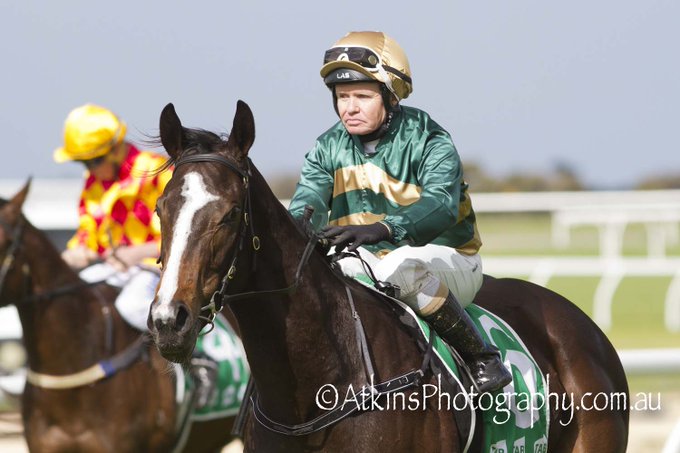 The victory gave trainer Tony McEvoy the opening two winners at the meeting and he would go on to land a treble.

Ridden by Barend Vorster, the four-year-old mare was having her first run in 10 months.

Trainer Tony McEvoy said Magic Sunset was a very good mare who had been hampered by injury.

“She had knee surgery after her last run at Cranbourne in October last year,” McEvoy said.

“She won her maiden at Gawler by six lengths, and that was some win but then went amiss after I took her to Melbourne.

“We’ve always felt she had very good ability but unfortunately now it is a day-to-day proposition with her.”

McEvoy said Magic Sunset had won a trial in great style at Murray Bridge late last month and he had been confident of a top run today.

“I thought she would lead and win but it was a good ride by Barend.

“He let her balance up just off the speed and then produced her in the home straight to win well.

“I will see how she comes through the race before selecting her next race.

“Ideally, I would like to find a nice black-type race for her to add to her breeding value.”

Magic Sunset was purchased as a yearling in partnership by McEvoy Mitchell Racing and James Harron Bloodstock which syndicated the filly.

A number of the large group of owners were on course to celebrate the victory including former Tanunda-based Sam Agars who was down from Hong Kong.