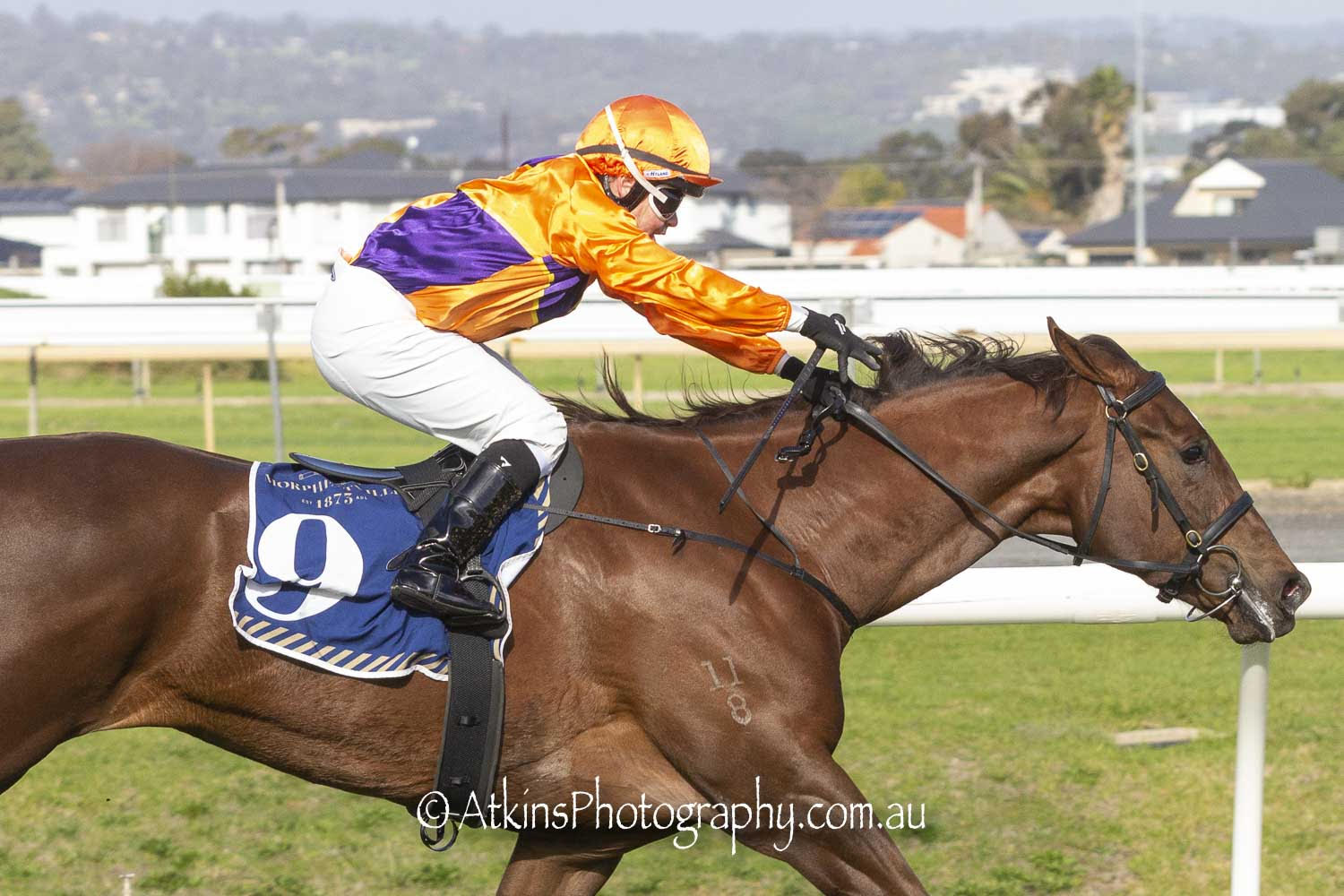 Promising filly Mac ‘N’ Cheese was the popular pick on the menu at Morphettville Parks on Saturday, July 17 taking out the Listed $107,250 Oaklands Plate (1400m).

But it needed a last-to-first effort by the daughter of Sebring to take out the feature.

Mac ‘N’ Cheese is trained by Tony & Calvin McEvoy, and for the senior member, it was his third win in the event in the past four years.

Unfair Dismissal won in 2018 and Westport was successful in 2019.

There is no doubt Mac ‘N’ Cheese is a two-year-old of great potential.

In the Plate, she was again slow to step when the starter said ‘Go’ and settled at the tail of the field of nine.

Jockey Barend Vorster allowed her to get into a rhythm before allowing her to stride forward wide out past the 600-metre mark and by the home turn she was sharing second spot behind the leader.

Heavily backed from $2.90 into $1.95 favourite, Mac ‘N’ Cheese lengthened beautifully up the home straight to win running away by two lengths from the pacemaker Tonneofgrit ($4.80) with Gosden ($11), 4.4 lengths away third.

Trainer Tony McEvoy, while impressed by the win, admitted he was concerned by the filly’s barrier manners.

“She had been slow to jump at both runs, and we have done a lot of work with her since she came across from our Ballarat base,” McEvoy said.

“I was hoping we were working it out, and she came out okay in a jump out at Gawler.

“Today, sure enough, she blew the start, and it was a tough watch for me from then on.

“But she clearly showed her talent.

“The leader had a cozy run up front and she has done all the work.

“I have to say Barend summed that race up very good.

“He went early, came around them, and was able to run down the leader.

“I’m sure she can eventually run a mile (1600m)-plus, but we have to get these manners better.

“I’ll talk to the Spendthrift (owners) guys, but I would like to see her later in the spring.

“But we’ve got some work to do because you can’t afford to give away starts in races, but she is a great talent.

“She is a good quality filly and there is more to come.

“She still has a lot to learn this filly,” Vorster said.

“She stood there nicely in the gates but wasn’t quite ready for it.

“She missed it a little bit but the horse two inside us stumbled quite badly and she got a fright from it and really put the brakes on.

“I had to go to Plan B and ride her nice and comfortable.

“I rode her like the better horse and gave her all the space and she has got a great feel, and great strength.

“She really extended and kept racing away from them.

“The first part of the race my filly did no work, from the 600 I took off trying to get a bit of momentum.

“There was a stiff breeze coming up the straight, but my filly was stronger towards the line.

“I really like her, and I think she is going some places.”

Mac ‘N’ Cheese was purchased by Spendthrift Australia for $300,000 at the 2020 Gold Coast Magic Millions sale.