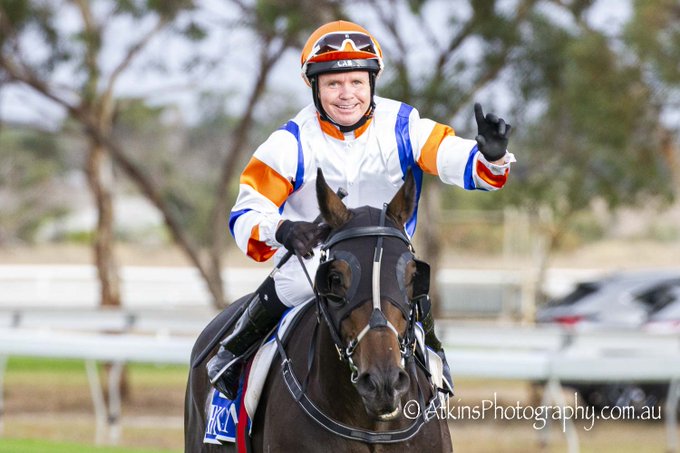 In bringing up a winning double for trainers Tony & Calvin McEvoy, Love ‘n’ Peace came from well back in the field of 12 to win the Northpoint Fleurieu Benchmark 62 Handicap (2050m).

The McEvoys won earlier in the day with La Croft, ridden by Barend Vorster, who was also aboard Love ‘n’ Peace.

Trainer Calvin McEvoy said the gelding was improving with racing.

“With his like for getting over ground we have brought him along slowly,” McEvoy said.

“He keeps stepping up.

“Today was a big run to come from so far back in the field carrying 60.5kg and win as well as he did.

“Credit to Barend who let him settle behind the early hustle and bustle.

“He timed his run perfectly to bring Love ‘n’ Peace into the race to grab victory.”

McEvoy said by winning three of his five starts, and turning in such a good run today, the stable would look to step Live ‘n’ Peace up in grade again.

“We have been placing him conservatively, but he is only three once.”

The Group 3 $120,000 Furphy’s Chairman’s Stakes (2000m) at Morphettville on Saturday, April 25 would now come under consideration.

“After taking small steps, it would be a big leap to stakes company, but he has earned us to think about it.

“He will run the trip out and will have significant weight drop back to his own age.”

Love ‘n’ Peace won his maiden over 1200 metres at his first start at Strathalbyn in January and won over 1750 metres at Port Lincoln on March 6 before today’s win.