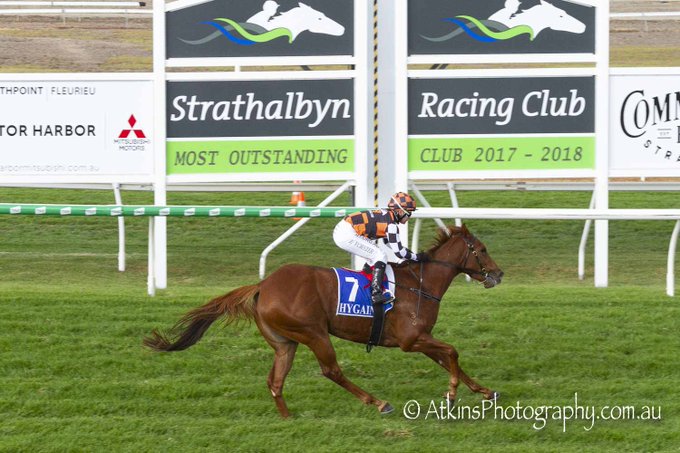 The Tony & Calvin McEvoy-trained La Croft began slowly and settled at the tail of the field in the We Will Remember Them Maiden (1100m).

Jockey Barend Vorster worked hard to get the well backed $1.40 favourite to improve and she eventually took off out wide circling the field.

La Croft, despite racing greenly, dashed away from her rivals in the home straight to score by 4-1/2 lengths from Wicked Whitt ($17) with My Mister Brooks ($13) a half-length away third.

Trainer Tony McEvoy was amazed, not because the filly won, but how she did it.

“I expected her to lead, or be outside the pace, like she was in her trial there,” McEvoy said.

“You don’t see horses do what she did today, it was impressive.

“I’m not sure how strong the opposition was but she did a lot wrong and still won easily.

“Obviously she still has a lot to learn.”

He said the trainers wouldn’t be rushed into selecting much better races immediately despite the amazing win.

“We’ve always believed she was a Melbourne Saturday class performer but for the present we’ll look for races to give her a chance to learn her craft. She can look for black type later in her career.

“We thought she would win on debut late last year at Morphettville, but she got caught on the line after leading.

“She jarred up and we gave her a break and her work this time in has been very good, but she is a delicate filly to train.”

La Croft was a $120,00 purchase by Bennett Racing and McEvoy Mitchell at the 2018 Gold Coast Yearling Sale and the filly races in the Bennett Racing colours.