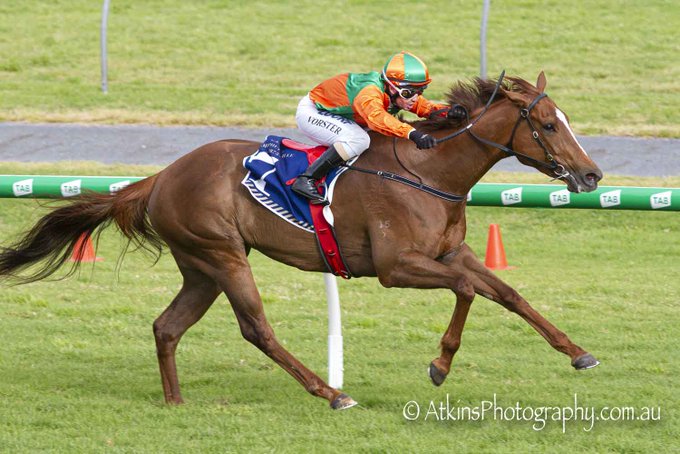 Speedy mare Jentico resumed from a spell with a game all-the-way win at Morphettville on Saturday, October 19.

Bringing up an Adelaide double for trainers Tony & Calvin McEvoy and stable jockey Barend Vorster, Jentico showed good heart to on for a length in the So Brave Handicap (1200m), a benchmark 70 event and a heat of the Happy Trails Series.

It was a good day for the trainers as apart from the impressive Xilong and Jentico at Morphettville, Pretty Brazen was super impressive winning at Caulfield.

Well backed as the $3.30 favourite, Jentico, bred and owned by Victoria’s Lauriston Thoroughbred Farm, beat I Am Impinge ($13) with Coronel ($3.80), a long head away third.

Jentico hadn’t raced since April but had been sharpened by a Tatura trial earlier this month.

“She did a great job today,” Cornell said.

“Did a bit of work to cross and lead and stayed on really strong to the line.

“She was in Adelaide early days and we educated her.

“Jentico went back to spell at her owner’s property in Victoria and was trained in our Melbourne stable.

“Tony has been very bullish about her this prep.

“She had early jump outs at Flemington, then the trial was very good.

“He thought she would be very hard to beat here today.

“She showed good speed and really toughed it out,” Vorster said.

“They started to come at her in the home straight, but she found to hold them off and win well.”