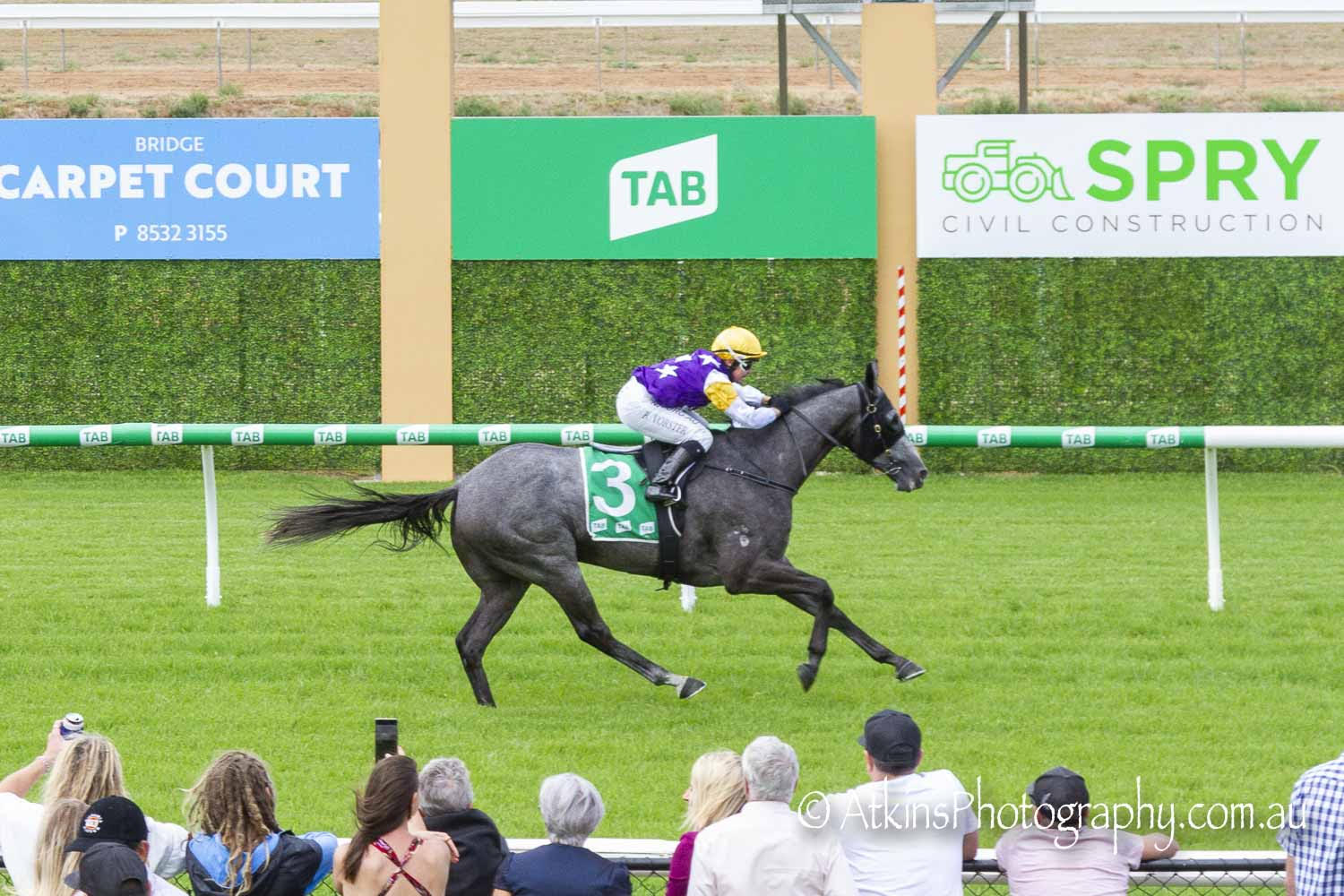 Having just his third start, Investiture bounded away to win the AM & ME Langsford Plaster Maiden (1400m) for trainers Tony & Calvin McEvoy.

After settling second, Vorster asked Investiture to extend in the home straight. The gelding took a while to wind up but once he got into a rhythm put his rivals away easily.

Trainer Tony McEvoy said the win showed why the connections and trainers had persevered with the four-year-old.

“He’s a talented horse that has been plagued by knee problems,” McEvoy said.

“He’s had a horrendous time with his knees.

“He was given time to mature and didn’t make his debut until he was a three-year-old in July last year.

“It was a good effort to finish third to his stablemate but unfortunately he broke down.

“We gave him time to come back and I thought he was unlucky first up when midfield at Murray Bridge over 1200 metres.”

McEvoy said today Investiture had repaid the connections for staying with the son of Myboycharlie.

“But there is no doubt he is still very immature.

“Barend said when he asked the gelding to let down, it was as if the horse asked what do you want me to do now.

“Once he realized he had to sprint, Investiture was very strong late.

“The way he ran through the line I believe he will get 1600 metres but for the present I’m happy to keep him around 1400 metres.”