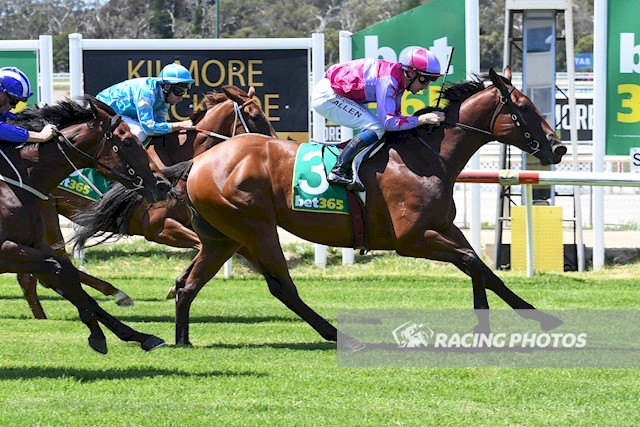 After settling second last in the field of seven, Maccabee ($2.90 fav), ridden by John Allen, worked home powerfully to win the bet365 Racing Refund Two-Year-Old Maiden (1100m) by three-quarters of a length from Ayemgee ($5.50) with Azaly ($3), a long head away third.

The two-year-old gelding jumped well but lacked the speed to charge for the early lead and Allen was happy to let him get into a rhythm back towards the tail of the field.

He got to work on the newcomer about 600 metres from home and Maccabee took a bit of riding to accelerate but once balanced in the home straight finished powerfully to overcome his rivals.

“He is very good this horse,” Shepherdson said.

“He’s got good talent and trialled up nice.

“Maccabee lost his way a bit coming down the hill but John (Allen)was good on him and kept him balanced.

“His action looked great over the final 200 metres and he ran strongly through the line.

“Maccabee is a nice horse, by a good stallion (Deep Field) and we’ve got a bit of time for him.

“Tony & Calvin are very patient with the stock of Deep Field, they have got good natural talent and if you handle them properly, you can have nice two and three-year-olds.”

“He jumped evenly but we ended up getting back.

“He didn’t travel with me getting down the hill.

“I had to really get after him but once he found the rise in ground he kicked into gear and finished off good.

“Maccabee feels a quality two-year-old, he’s still a bit raw and there is a lot of improvement there.

“He’s got a nice relaxed nature so you would hope he would get over a bit more ground.”