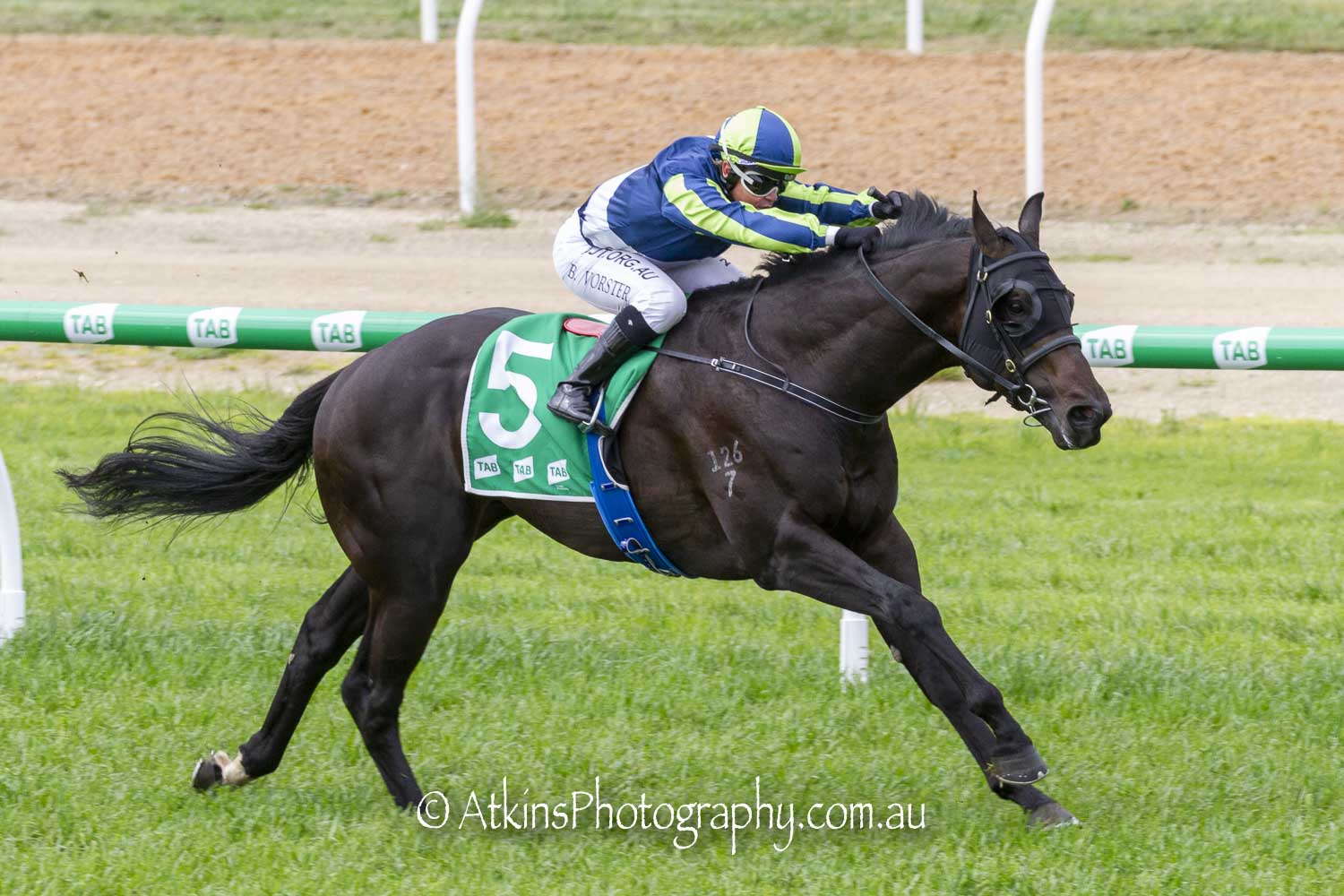 A half-brother to the champion mare Sunlight, Halogen showed the family talent racing away from his rivals to win the For Ken & Fay Kempe Maiden (1200m).

Halogen jumped well and Vorster allowed him to get into a rhythm and share the lead turning for home, sitting a few horses away from the inside rail.

Once in the straight he raced away to win well and impress trainer Tony McEvoy.

“Talented horse but he just floated first up here earlier in the month when he finished fourth,” McEvoy said.

“This is what we expected then and he just didn’t bring it.

“His trackwork was saying he should be winning a maiden pretty easily.

“So, we decided to put the blinkers on, and it was a pretty important win today.”

McEvoy said Halogen’s debut run at Moonee Valley had been similar to his first up run this preparation.

“We gave him the benefit of the doubt because it was the Valley.

“Sometimes they float on that home turn corner and they can’t finish.

“So, we forgave him that run and turned him out because he came out with growing pains.

“Today was more the horse we know, I hope can take something out of it and take it further.

“It will absolutely only be little steps, but it is a long spring, and if he can do it again, we might look to step him up but at the moment, small steps.”

McEvoy said the colt was a beautiful horse and came with a suitable price tag.

Halogen cost $650,000 at the 2019 Australian Easter Yearling Sale in Sydney and the ownership is shared by a group of McEvoy Mitchell’s long time strong supporters.