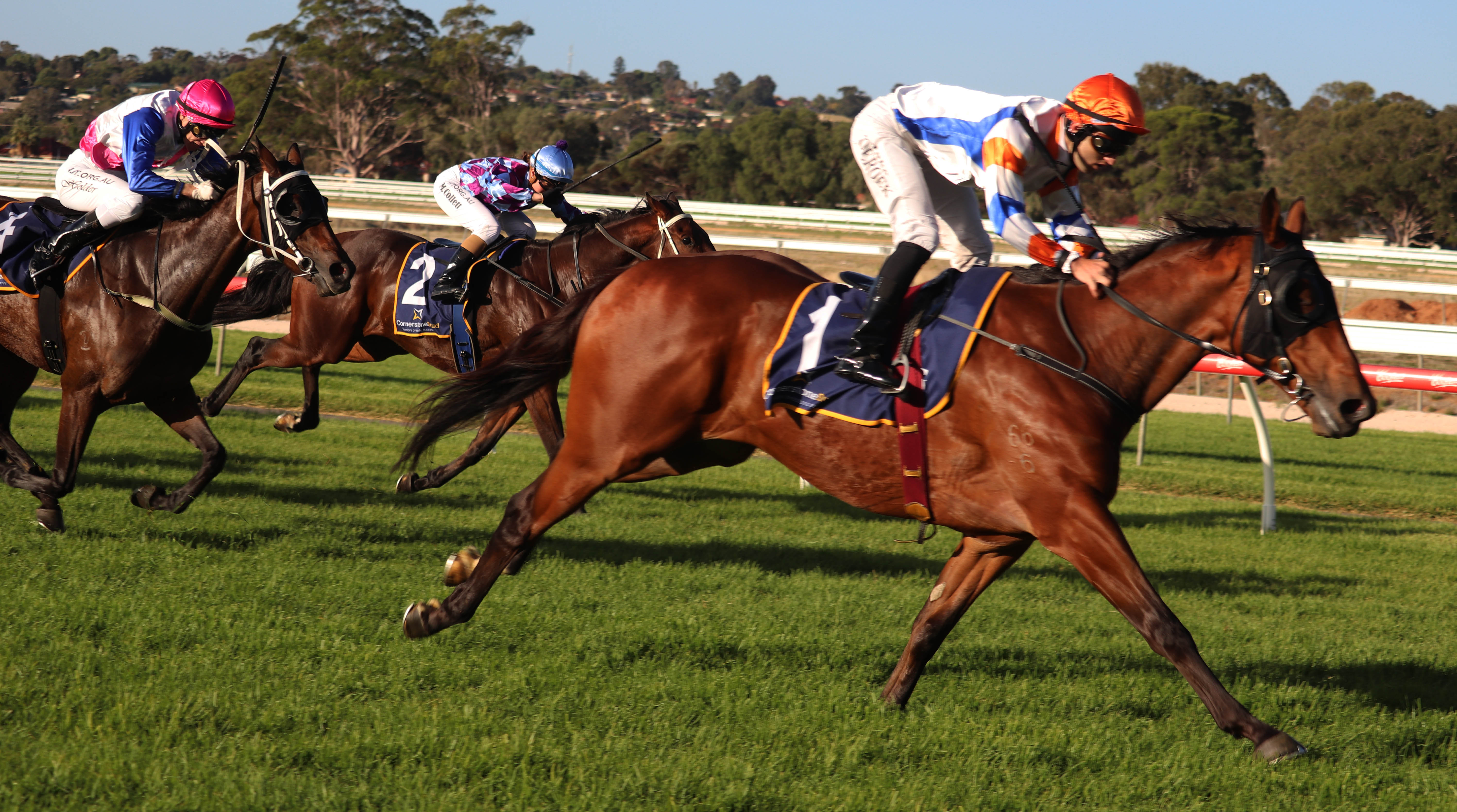 Game Keeper indicated he was a horse to follow with a sensational win in the Cornerstone Stud Barossa Cup (1500m) at Gawler on Easter Monday, April 13.

Carrying the huge impost of 62kg, the three-year-old took on older horses in the Barossa Cup and came from the tail of the field to win easy.

The gelding began nicely but with a quick tempo, Toeroek had no option but to settle at the back of the field.

He tracked nicely into the race before coming wide in the home straight.

Despite the big weight, Game Keeper gathered momentum and swept past his rivals to win easily.

“That was some win,” McEvoy said.

“He had 62kg but raced past them with ease.

“He has always shown talent and raced in the Blue Diamond as a two-year-old, but he just wasn’t ready.

“He is a big horse and just kept growing. Finally, we think he might be ready to show the talent he possesses.

“He’s won both races this preparation and been impressive each time.

“Today was a heat of the Autumn Series so we can look at the final.

“He ran through the line strongly and might eventually get out to 2000 metres.”