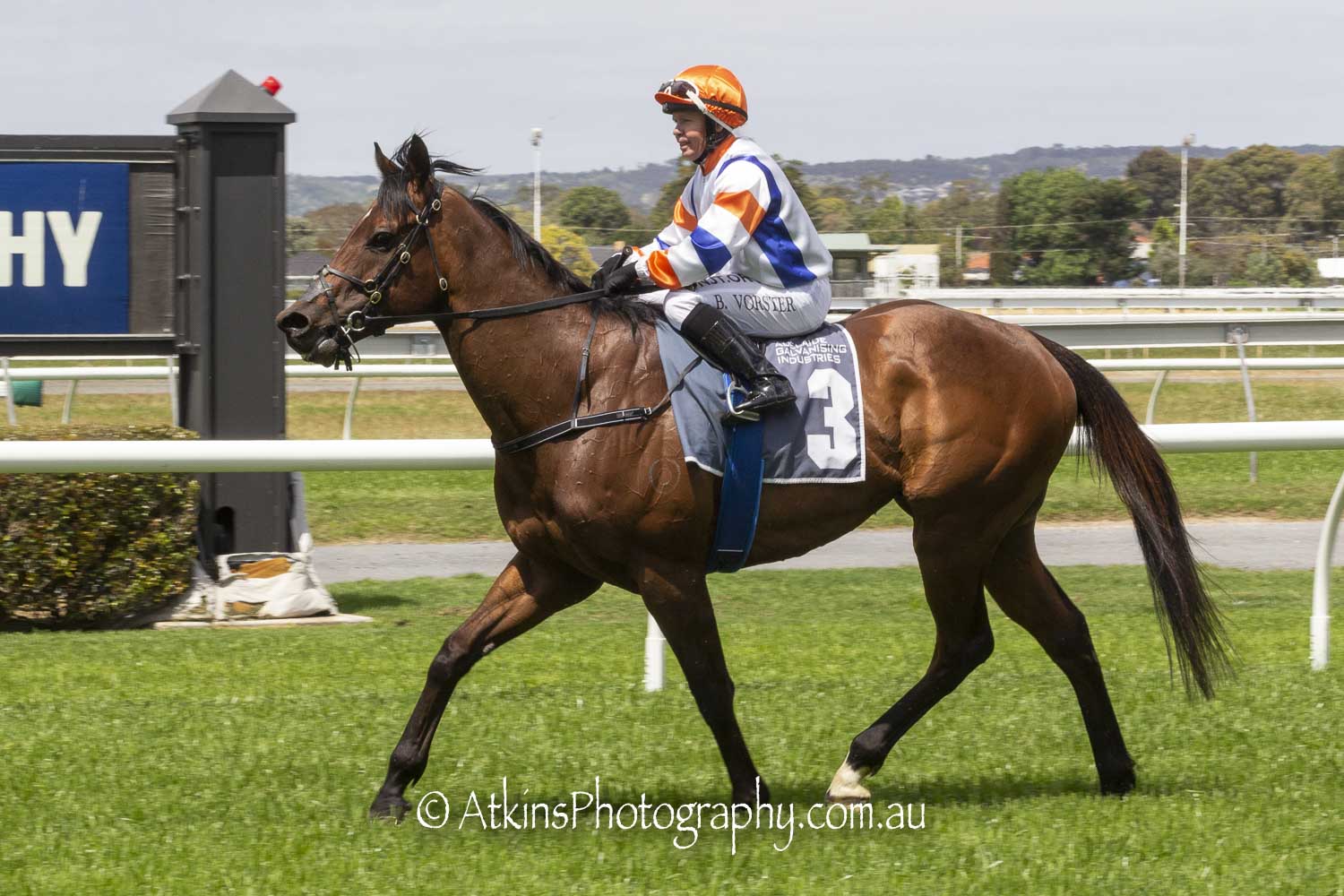 Fox Hall has been an ultra-consistent performer for trainers Tony & Calvin McEvoy over recent years and was back to his best in the Weslo Security Handicap (1200m).

A $6.50 chance in the small field of four, the seven-year-old settled last for jockey Barend Vorster before sprinting home to score a 1-1/4 length win from Dexelation ($4) with Jacobite Prince ($1.50 fav), a half-length away third.

It was the gelding’s sixth win with seven placings from just 28 starts.

It was an intelligent ride by Vorster who didn’t mind sitting last in the small field then trailed the odds-on favourite into the race.

Past the 200metre mark Fox Hall asserted his superiority and drew clear for a good win.

Trainer Calvin McEvoy said he was delighted to see Fox Hall return to the winning list.

“We had the Balaklava Cup in mind for him this preparation,” McEvoy said.

“We put the blinkers on which didn’t work as her tended to over-race and never really came into contention.

“Also, his coat had not quite come through so after the cup we sent him up to our beautiful farm to freshen him.

“He was out in a paddock during the day and led off the pony to keep him up to the mark.

“When he returned to the Kildalton Park stables, he was a different horse.

“His coat had come through completely and he looked superb.

“It was a great ride by Barend.”

McEvoy said now he was back in form Fox Hall might head to the Melbourne stables for a suitable race during Melbourne Cup week.