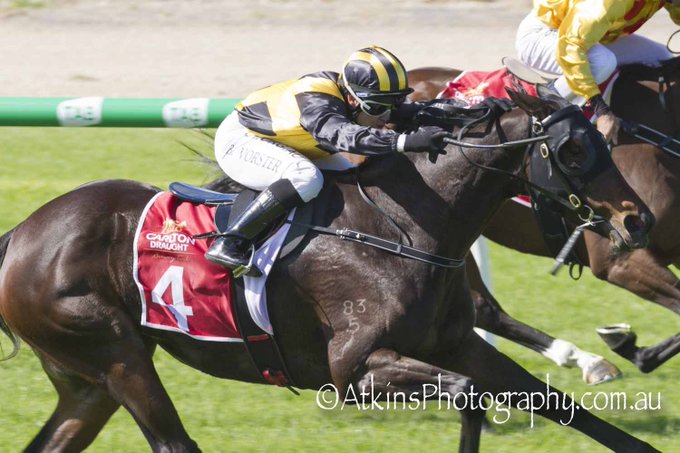 First up win for McEvoys

Purchased by Sheamus Mills Bloodstock and raced by a group of his friends, Monteferrante, by Pierro, was trained in Victoria where she notched four placings from 11 starts.

“Sheamus thought a change of scenery might help the filly and she came across to Kildalton Park at Angaston six weeks ago,” Tony McEvoy said.

“The mare settled in well and today’s race at Murray Bridge gave her the chance to break her duck and she came through.”

Vorster settled the four-year-old mare midfield on the fence before easing her to the middle of the track turning for home.

Once in the clear, Monteferrante sprinted quickly to join the leaders before having a battle with the runner-up but proving too strong in the run to the line.

McEvoy said Mills had hoped firstly that the well-bred mare could win a race, then measure up in the city, and perhaps eventually pick up black type.

“The first request is ticked off,” the trainer said.

“The mare has shown enough that we can take her to town and try to place her advantage.

“I’m not sure what her best distance will be.

“Her mother was a speedster but being by Pierro she might get a bit of ground. I’d say 1600 metres and maybe a touch further might suit her.

“Today was a good win. It was her first start since the end of January so to win like that over 1400 metres was a nice effort.

“Calvin and I will look at the calendar to try and find another suitable race.”