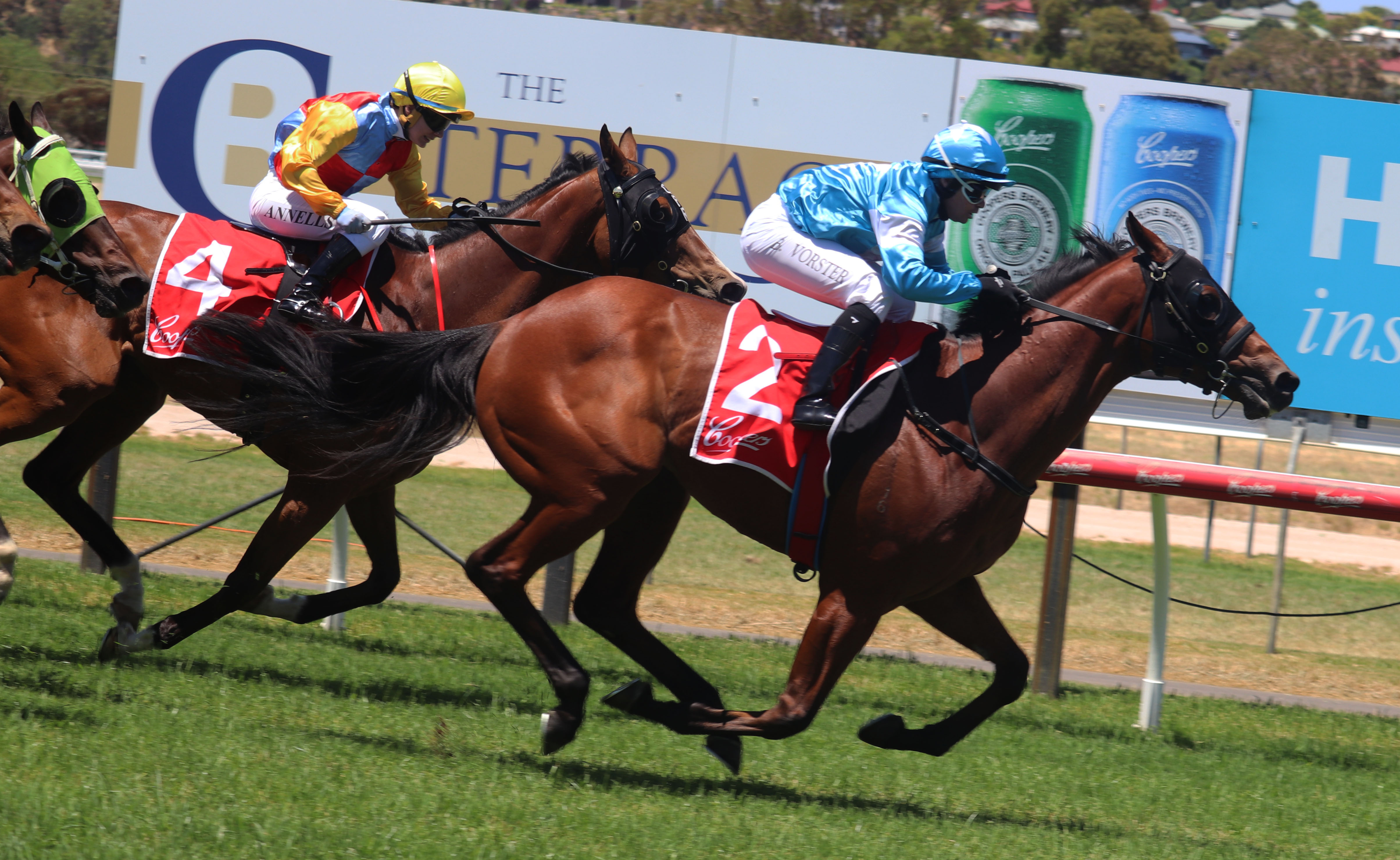 Trainer Tony McEvoy is a hard to man to confuse but the beautifully bred Fighter has him perplexed.

“I have to admit he has me guessing,” McEvoy said after Fighter won at Gawler on Saturday, December 18.

“You can’t get a proper guide on his ability from either trackwork, or even races,” McEvoy said.

“I just don’t know what his level is, but his racetrack efforts lead me to believe he is quite talented.”

Fighter’s win at Gawler was his third, with seven placings, from just 12 starts.

Of his placings, six were seconds, and most in photo finishes.

At Gawler, Fighter ($1.50 fav), trained by Tony & Calvin McEvoy and ridden by Barend Vorster, looked to be in a bit of trouble approaching the home turn but sprinted strongly to win the L J Hooker Property Specialists Handicap (2100m).

He scored by three-quarters of a length from Bronski ($9) with Knee Slapper ($101), a half-length away third.

It gave the trainers a winning Gawler double having scored earlier with Got The Style.

Fighter settled towards the tail of the field of 10 but Vorster was hard at work turning for home, still quite some distance from the leader.

It looked to be a tough ask for the favourite but suddenly he just took off, and in the space of 200 metres had the leaders covered and won nicely.

“Turning for home I was hard at work, and he seemed to be going nowhere,” Vorster said.

“I then gave him two slaps of the whip and he just took off.

“From struggling to run a place he suddenly was going to win. He definitely just changed gears.”

“I thought he was in a lot of trouble turning for home,” McEvoy said.

“Then he just took off and won well. It is this sort of run which has me scratching my head as to what his level is.”

The Gawler race was part of the TAB Southern Speed Series which culminates in a $102,250 final over 2000 metres at Morphettville on Sunday, December 26.

“Provided he takes no harm from today, and I can’t see why he would, the final looks another perfect race for him.”

Fighter was bred in Japan but came to the McEvoys for his racing career and continues to improve.