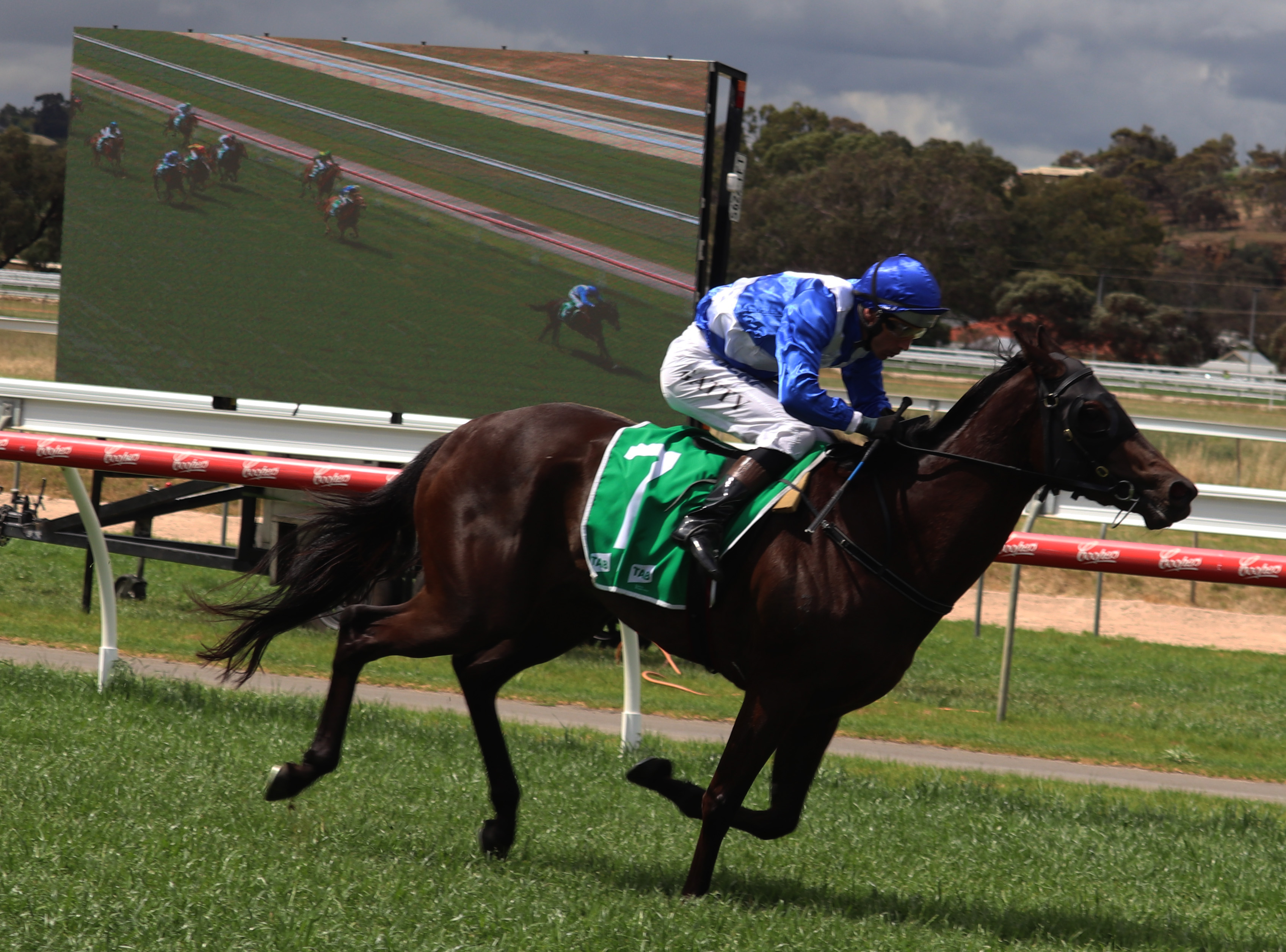 The three-year-old filly, trained by Tony & Calvin McEvoy and ridden by Paul Gatt, broke her maiden in brilliant fashion thrashing her opponents.

After settling well back in the field, Gatt allowed the daughter of Spirit Of Boom, to improve reaching the home turn and she came between runners on straightening to dash away.

“She just has been slow to put it all together,” Cornell said.

“We took her to Clare for her debut in April; but she blew the start and was never in the race.

“Tony gave her a break and she went to Wangaratta to resume last month making some ground.

“He and Calvin thought it might be better to bring her back to Kildalton Park and she has settled in well.

“The addition of blinkers again today proved a difference and she won in great style.

“The impressive part was to put five lengths on the field over the last 300 metres, and the second horse was three lengths in front of the third.

“She ran through the line powerfully and on that she is going to win again.

“I’m sure Tony and Calvin will find the right race for her.”

Winning jockey Paul Gatt was of a similar view.

“She ran through the line strongly and can win again,” Gatt said.

“I wasn’t so confident early but once we hit the straight, she accelerated like a good horse.

Dixon Street is owned by the Strawberry Hill Stud of John Singleton.