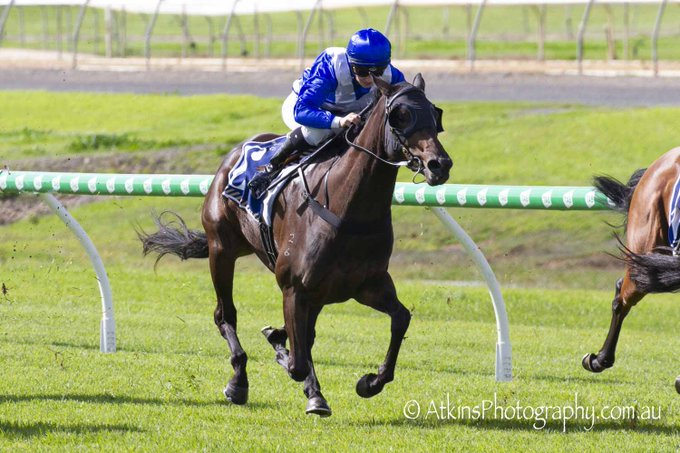 Improving filly Dixon Street had to overcome an unusual obstacle before winning her first metropolitan race at Morphettville Parks on Saturday, May 9.

A three-year-old filly trained by Tony & Calvin McEvoy, Dixon Street scored a head win in the Schweppes Benchmark 64 Handicap (1000m) but only after a riderless horse threatened to upset the result.

Ridden by Georgina Cartwright, the filly, the $3.40 favourite gained victory over The General ($3.70) with Glory Game ($4.80) a half-length away third.

Cartwright had Dixon Street handy with the runner-up leading and the pair drew clear early in the home straight.

However, a horse which had dislodged its rider at the start, ran through along the inside, then came out wide turning for home.

Once in the straight, the riderless horse tended to drift in and crowd the leaders which forced Cartwright to ease and switch around heels.

Dixon Street was good enough to pick up momentum and grab a well-deserved victory.

The filly now has three wins and three placings from just six starts and looks to have further improvement.

“She has come to town and is now a metro winner for owner John Singleton,” McEvoy said.

“It was an eventful race and not a nice watch.

“The last part when the riderless horse was crowding her was hard to view.

“But she picked herself up and won well.”

Winning jockey Georgina Cartwright said it had been wonderful to win the action-packed race.

“It was a really interesting race,” Cartwright said.

“I felt I was going to win a long way out.

“Then the loose horse was just rolling in on top of me late, so I had to change course late and the filly did a great job.

“I had hope to sprint a bit quicker and hold it out but unfortunately I was awkwardly on heels.

“I had to change course and she did a good job to then pick up late.

“I’ve only had a few rides for Tony and Calvin McEvoy, so it was good to get a winner for them.”