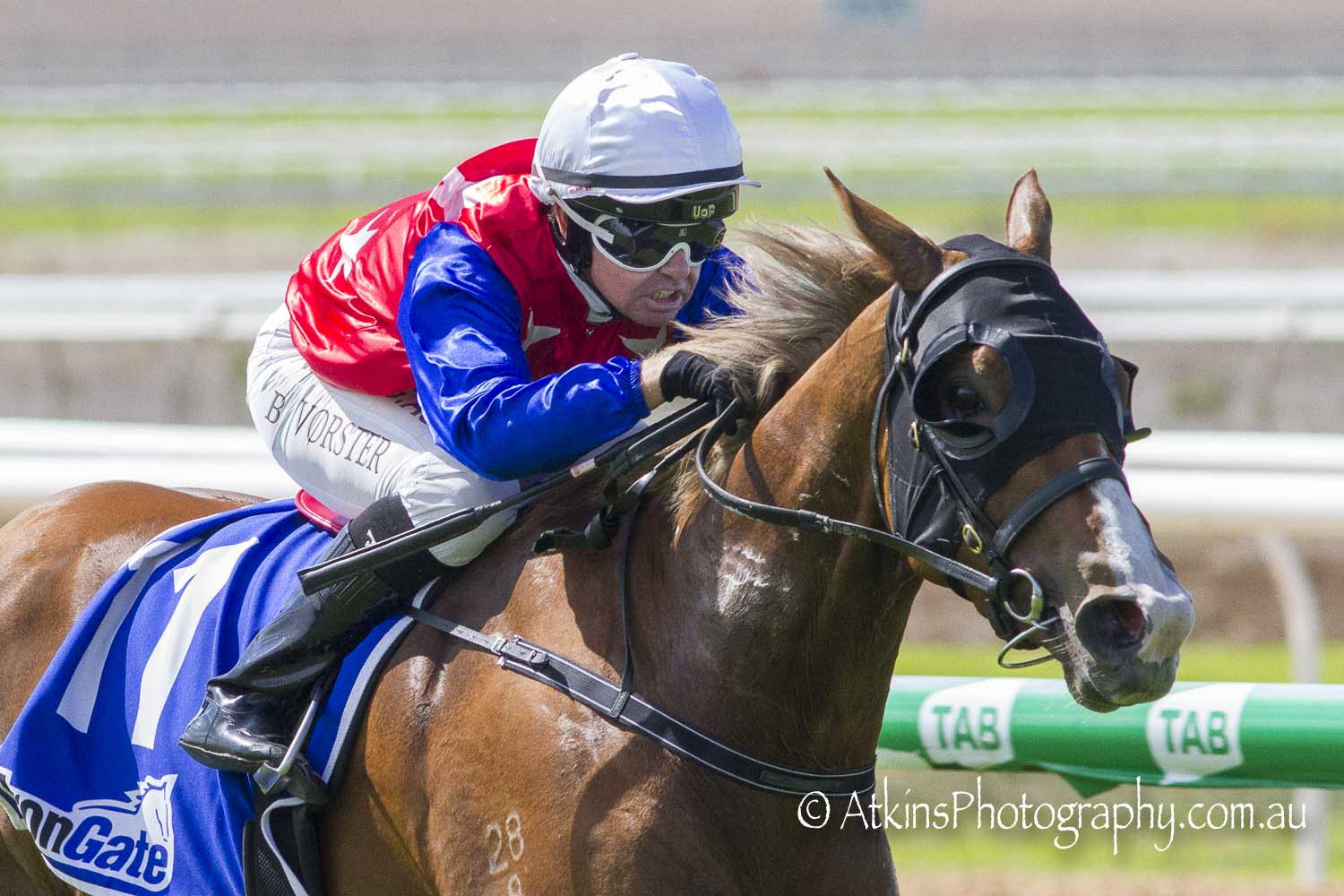 The Tony & Calvin McEvoy-trained filly scored a brilliant win in the Festival Hire Maiden (1200m) indicating she was worth a shot at richer goals.

Vorster had the daughter of Not A Single Doubt away well and she travelled on the rails, just behind the leaders, until the field turned for home.

He found an opening past the 300-metre mark and the filly darted through, then under riding, accelerated brilliantly to win easily.

Trainer Tony McEvoy said he was delighted to see Defining run up to her track work.

“She has always shown us good talent,” McEvoy said.

“She has been a little slow maturing, but it is all coming together now.

“We took her to Warrnambool for her first run back, but she didn’t have much luck.

“She just couldn’t get her momentum going quick enough and got beaten by a horse which was out wide in clear ground.

“It was decided to bring her across to our Angaston stable, blinkers on, and a spacious track like Murray Bridge.

“I was very pleased with the way she lengthened over the final stages.”

McEvoy said Defining would now head to the $107,250 Shillabeer Plate (1400m) for three-year-olds at Oakbank on Saturday, April 15.

“The extra ground and long run in at Oakbank should be ideal,” the trainer said.

Defining, which cost $225,000 at the 2020 Karaka National Yearling Sale, now has a win and second from just three starts.