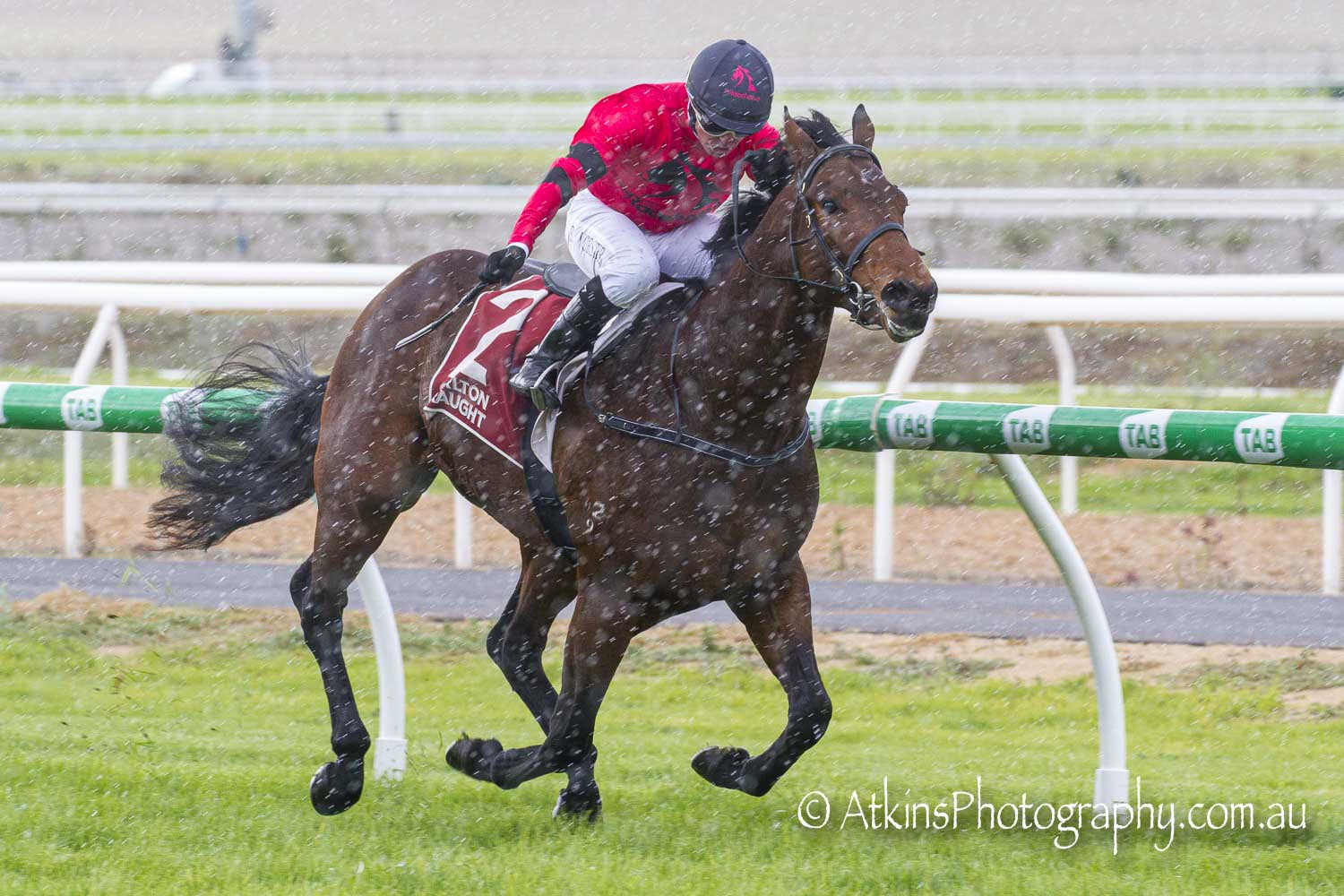 Deep Point wins in a shower

After starting in sunshine, Deep Point was greeted at the finish by a heavy shower of rain as he won at Murray Bridge on Wednesday, May 4.

As jockey Barend Vorster sent the Tony & Calvin McEvoy two-year-old to victory in the Festival Hire Maiden (1000m), the heavens opened in the dash to the winning post.

Backed from $2.10 into $1.80 favourite, the Deep Field colt shared the lead before sprinting clear to win by a length from The Nazarene ($7) with Grey River ($5.50) a long neck away third.

Trainer Tony McEvoy was not surprised by the win.

“We’ve always had a good opinion of him,” McEvoy said.

“We thought he had a good chance when he debuted in the Maribyrnong Plate at Flemington in November.

“But he was very new to racing and was at sea running down the straight.

“He kept looking for a bend and never really let down, so he stayed in second gear.

“Finishing eighth, it was decided to give him a good break and we picked out today’s race as a perfect return.

“He has good early speed and Barend rode him beautifully.

“Deep Point shared the lead, then accelerated down the straight.”

McEvoy said he would consider running the colt in the Group 3 $127,250 South Australian Sires Produce Stakes (1400m) at Morphettville on Saturday, May 14.

“I will have as talk to Barend and see how the colt recovers from today’s run.