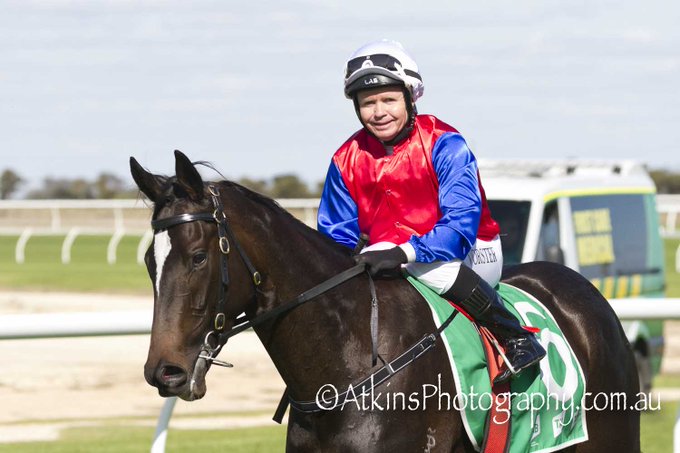 The McEvoys and Vorster combined in the preceding race to win with Monteferrante which ironically scored by the same margin.

“I don’t think we will see the best of the filly (Daniyah) until next year,” Tony McEvoy said.

“While she won well, I’m sure there is a lot of natural improvement with maturity.”

Daniyah began nicely and Vorster was able to give her the run of the race behind the leader.

In the home straight the filly, by Artie Schiller, responded to Vorster’s urgings to gather in the leader, then withstand a late challenge from the runner up.

“We gave her two trials to ready her for today, but I felt she still looked new to racing,” the trainer said.

“I think she got a bit unbalanced on the home turn but ran through the line nicely.

“I’m sure she will take a lot out of the race.”

Daniyah was bred and is owned by Emirates Park in New South Wales, an upper Hunter Valley stud purchased in the late 1980s by His Excellency Nasser Lootah.

McEvoy said he was confident the filly would eventually run 1600 metres.

“I’ll see how she pulls up after today before Calvin and I look to her future.”