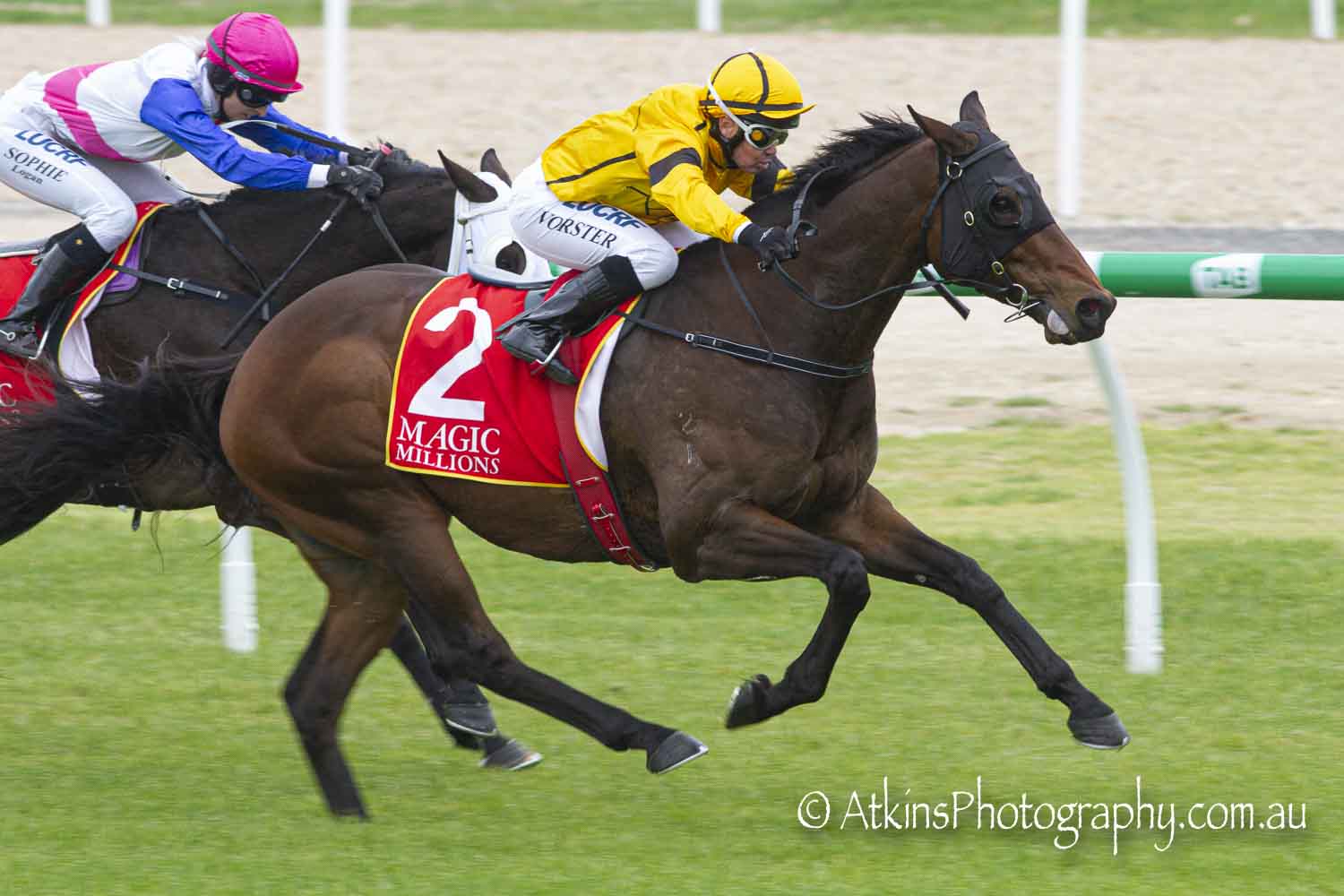 Dour stayer Chapal, trained by Tony McEvoy, proved much too good for his rivals at Murray Bridge on Wednesday, August 28.

A $1.70 favourite, Chapal was given the run of the race by Barend Vorster before scoring a 1-1/4 length win in the Farewell Toni and Hotel McLaren Benchmark 64 Handicap (2570m) beating Exalted Craftsman ($5.50) with Sanima Star ($18), a similar margin away third.

Vorster had the five-year-old in fifth spot early before asking him to extend turning for home to land his third race win from just 16 starts.

Assistant trainer Calvin McEvoy said the stable was going well with Chapal being the 11th winner for the new season.

“Thanks to all the staff at home who do the hard work,” McEvoy said.

“The horses have been presented to the races in beautiful order.

“Chapal had the form today to be the favourite.

“I was happy to see the Good 4 track rating because his best form has been on firmer ground and his last few runs have been on softer tracks.

“It was a workmanlike win and there was nothing really impressive about it.

“Barend (Vorster) rode him beautifully and he had every chance to win and I would have been disappointed if he didn’t have his nose in front on the line.

“Chapal is a lightly-raced progressive stayer who is effective out at 2400m – 2500m type of trips.

“We’ve just need to wait for him to mature and hopefully today’s win gives him the confidence to go through his grades.”

Winning jockey Barend Vorster said it had been a hard ride.

“Over this trip we expected them to go along a bit,” Vorster said.

“I had him a little more positive and not too far back.

“The pace was slow, and he was tugging the whole way.

“Through the 600 metres mark I couldn’t wait any longer.

“Once I got him out it took a little while to get him going but once he got wound up, he ran away from them.