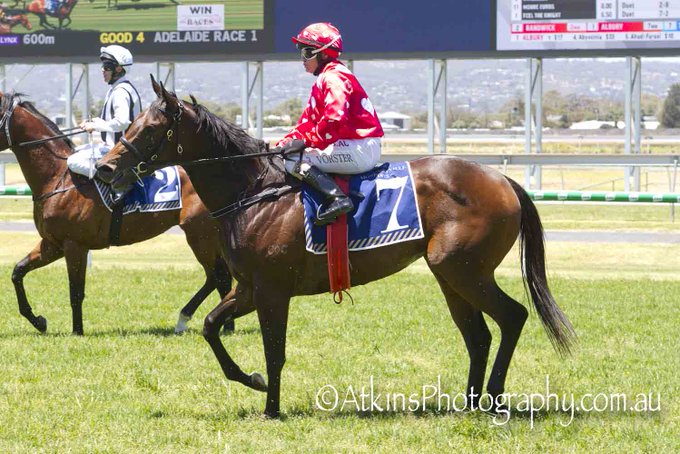 Bribery a first up victor

Trainers Tony & Calvin McEvoy had a winner with their first two-year-old runner of the season when Bribery scored a strong win at Morphettville on Saturday, December 14.

Normally the McEvoys have great success with their two-year-olds well before Christmas but Bribery was the stable’s first runner to hit the track in 2019/2020.

A $5.50 chance, the filly sat second early for jockey Barend Vorster in the LK Accounting Services Plate (1050m) before drawing clear to win by half-a-length from Extra Time ($11) with She’s Tricky ($3.20 eq fav), a length away third.

Trainer Calvin McEvoy said circumstances had prevented the stable from having a two-year-old runner until today.

“It has been very much out of character for our stable,” McEvoy said.

“We haven’t quite been able to get the two-year-olds to the races, not for any reason, they just haven’t been ready.

“Dad has always been known as an early two-year-old trainer but once thing that makes him a great trainer is that he doesn’t push them.

“This filly has done everything right and she put her hand up to go to the races today.

“It’s fantastic for the owners and all the staff at home for the first one to be a winner.

“Bribery was well ridden by Barend – he bounced her out, rode a two-year-old race and the young filly did a great job, her first day at school.

“The one query today was she hadn’t had a trial this time, but she had had a couple of jump outs at home and that is always a bit of a question mark.

“But she was up there on the pace and didn’t give them a chance.”

“Beautiful for her first day at school,” Vorster said.

“She pinged beautifully, and she probably could have led had I had really wanted to.

“But I thought bring her back because the pace was genuine enough and she would learn more from sitting outside the leader.

“She probably got to the lead a bit too early. I thought the inside horse was going to carry me along a little bit longer.

“When it dropped away, she looked around a bit.

“I think there is a lot of raw ability and she’s got a bit of class about her.”

Bribery is a daughter of Spirit Of Boom and was purchased by James Harron Bloodstock Syndications for $110,000 at the 2019 Gold Coast Magic Millions Sales.