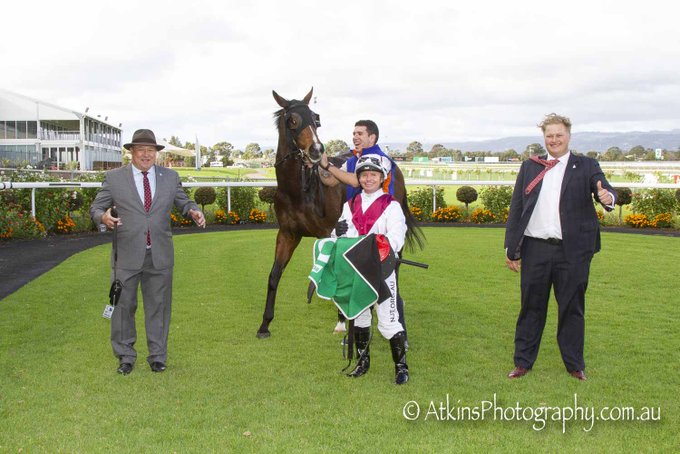 Brilliant filly Xilong was rewarded for her bravery with great victory in the Group 2 Euclase Stakes (1200m) at Morphettville on Saturday, May 2.

A daughter of champion stallion Deep Field, she flew out from gate one and was brilliantly rated by Barend Vorster, who also brought up a black type double.

The three-year-old filly has always shown wonderful talent but can prove flighty on race days which has probably prevented her record from being even better than it is.

Trainer Calvin McEvoy said Xilong had been very brave leading throughout over the 1200 metres on a rain-affected track.

“It was a really pleasing result,” McEvoy said.

“Nothing has really gone right for her this preparation.

“Even going to Sydney where she missed a lead up run before the Group 1 and was good enough to run third.

“She missed her trial going into her run here the other day.

“We knew she would have benefitted fitness-wise so much going in to today.

“It was a beautiful ride by Barend.

“She pinged the gates with blinkers on first time and really had to do all the work, it was a really tough win.

“She worked beautifully in the blinkers at home, so we made the decision to go with them today.

“She’s a funny filly – she is very quiet at home but just gets here and knows it is game day.

Again, she was a little bit difficult to saddle up but if she keeps winning like that I’ll put up with it.”

Xilong now has the excellent record of five wins and three placings from just nine starts for stakes of $378,725 and is a Group 2 winner and a Group 1 placegetter.