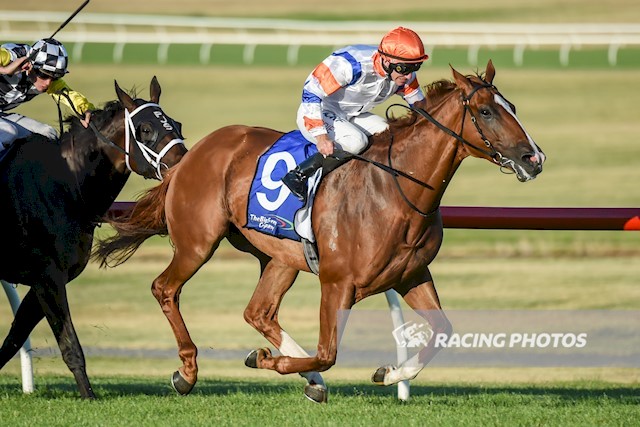 Box On Collins makes it a treble

Talented middle-distance performer Box On Collins atoned for an unlucky second at his previous run by scoring a tough win in The Big Screen Company Handicap (2100m) at Sandown Lakeside on Wednesday, January 23.

The win made it a good day for trainer Tony McEvoy giving him a winning treble following a double at Morphettville in Adelaide.

An $8.50 chance ridden by Luke Currie, Box On Collins scored by three-quarters of a length from Teodora ($5) with Calibration ($9), a long neck away third.

McEvoy said four-year-old deserved the win as he had been so consistent.

“He has taken a while to work it out but is going very well,” McEvoy said.

“It was a solid performance today. He was in front early in the home straight and they all had their chance to beat him, but he held them off.

“He’s been up for a while but is holding his condition well.

“He was a bit unlucky when second at Flemington at his previous start but today Luke controlled the race sitting outside the leader.”

McEvoy said he felt the 2100m was probably his best distance.

“I tried him over 2250m in Adelaide and, although he was placed, it was just a bit far for him.

“I’ll look for another race over this trip.”

Winning jockey Luke Currie said he had always been in control.

“He was pretty relaxed outside the lead and went to the front on straightening,” Currie said.

“I think he might have given a bit of a kick if another horse had got alongside him.”

Box On Collins now has three wins and nine placings from just 18 starts to prove his consistency.