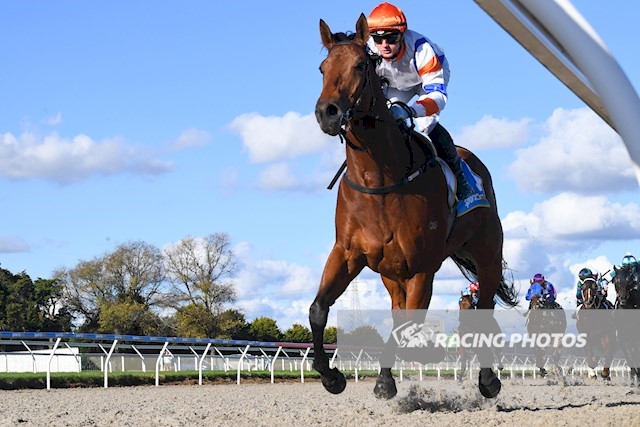 Bill The Boxer makes it three

Quirkily named Bill The Boxer continues to build an impressive resume, knocking out his rivals on the Ballarat synthetic on Monday, May 23.

The four-year-old made it three wins from four starts as he gave trainers Tony & Calvin McEvoy a treble following earlier victories with Rose Tycoon and Super Jenni Kay.

Despite carrying a 61kg impost, Bill The Boxer made light work of the weight to win the Porter Plant Class Two Handicap (1200m).

Jockey Mitchell Aitken had the gelding away well and he sat second in the run to the home turn before dashing away.

Trainer Calvin McEvoy believes Bill The Boxer can measure up in tougher divisions.

“Owned by Wayne Mitchell and Lee Briggs which is fantastic for them.”

Bill The Boxer was purchased for just $22,000 at the Adelaide Magic Millions sale.

“He was a cheap buy, and he is going to make the grade.

“He has had a couple of growth spurts.

“He did a good job at Dunkeld, then Morphettville but went terrible at Sandown and we put him away.

“From what we see at home I think he is a Saturday class horse and can continue to improve.

“He is a big boisterous horse, and a bit pushy, and he is still not 100 percent at the gates.

“He did a big job – he carried 5kg more than the second horse – and he really kicked away.”

Winning jockey Mitchell Aitken is loving his association with the McEvoy stable.

“He’s definitely got the ability, the potential, he’s just got to put his mind to it,” said Aitken about Bill The Boxer.

“I rode him at the jump outs at Donald the other day and was pretty confident coming here today.

“It was good to get the job done.

“Since my return from Adelaide, the McEvoys have been very good to me over the last month or two.

“Just starting to get a kick along and do a little bit more work for them.

“It is good to get the rewards and give them a winner or two.”