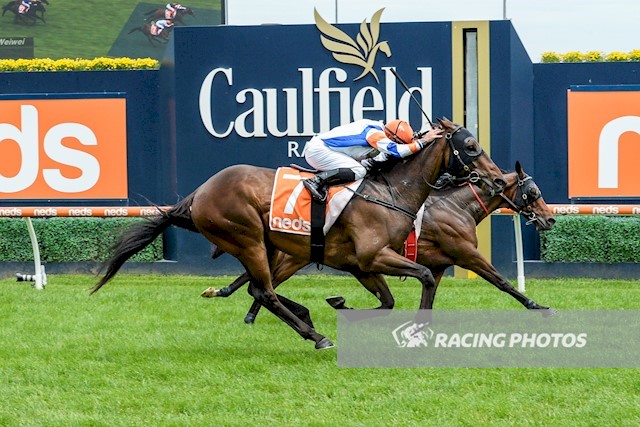 Back in winning form

Trainers Tony & Calvin McEvoy again showed their talent at being able to prepare and place horses to perfection when Classic Weiwei scored a last stride victory at Caulfield on Saturday, January 2, 2021.

His form this preparation wasn’t inspiring, a last of six at Penola in South Australia’s South East, then a plodding fifth at Gawler during December.

But the McEvoys knew their horse and switched him to their Flemington stables and lined him up in the Jodie Burgess Handicap (2380m) at Caulfield.

After racing midfield, Classic Weiwei, ridden by Dean Holland, came out in the home straight and made a drive for victory.

Just when he looked likely to have to settle for a close second, Holland drove the five-year-old hard and Classic Weiwei ($40 to $31) grabbed a last stride short half head victory from Pissaro ($10) with Lady In The Sky ($7.50), 3-1/2 lengths away third.

The win was Holland’s first Melbourne winner in almost 11 months.

“First of all, I have to thank Tony and Calvin and the team for giving me an opportunity,” Holland said.

“I’ve done a little bit of work for them lately and they’ve rewarded me with a couple of rides, so it was great to get a win for them.

“Tony said that they rode him quiet a couple of times and he hit the line okay so, as we drew good, we probably didn’t have to be last, just cuddle him the whole way which I did.

“It was a genuinely run race which was good and when they took off at the 800 (metre mark) we scouted wide and I was able to sneak through and I was on the best horse today.”