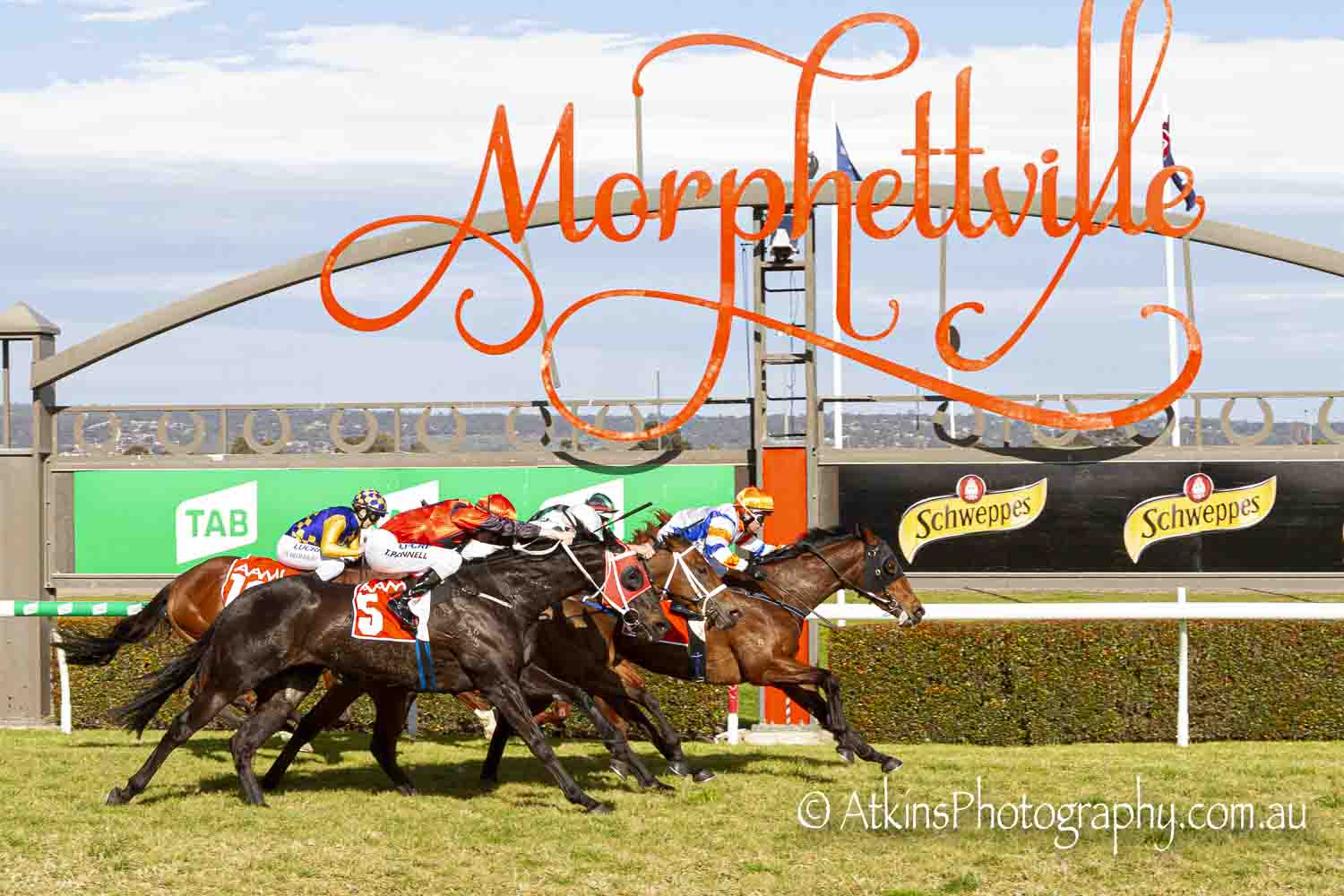 Promising three-year-old filly Aten proved too good for her rivals leading throughout to win the AAMI Benchmark 64 Handicap (1250m) at Morphettville on Saturday, August 31.

Having just her second run this preparation, Aten was stepping up in distance from 1100m to win today.

Trainer Tony McEvoy was very impressed by the victory.

“She is only a three-year-old taking on older horses,” McEvoy said.

“She also had plenty of mid-race pressure and not a comfortable lead.

“But Aten was able to sprint on straightening to give her rivals something to chase and she battled on strongly.”

“Barend walked the track earlier and felt the best going would be a few horses off the fence,” the trainer said.

“That is why he steered away from the inside and I’m sure that was crucial in the victory.

“It showed why Barend is a top jockey – he does all the little one percenters which separates the best from the rest.”

Aten has now won both her starts this preparation and is rewarding the patience of owner Pipeliner Bloodstock, managed by Wayne Mitchell, who persevered with the filly after she had  a setback late last year.